The federal government has bowed to political pressure and will support a public inquiry into Canada’s deadliest mass shooting, after being backed into a corner by Nova Scotia – where opposition to a closed-door review became too much to ignore.

Both governments reversed their positions on Tuesday afternoon, a day after hundreds of Nova Scotians held rallies, and thousands more across the country signed petitions, demanding a public inquiry in the April attack by a lone gunman that left 22 people dead in Colchester County, N.S.

Families of victims, protesters, Canadian senators, federal MPs and legal experts had all criticized the planned joint review – a process that would have none of the subpoena powers or public hearings of a full-fledged inquiry.

The three tapped to lead that review – former chief justice of Nova Scotia Michael MacDonald; former federal attorney-general Anne McLellan; and Leanne Fitch, the former chief of the Fredericton Police Force –will remain in place and will now become commissioners under the federal Inquiries Act.

With more judicial powers at their disposal, they will lead a public inquiry that many hope will be able to make recommendations to federal agencies to prevent similar tragedies from happening again. They’ll have the power to summon witnesses and can order police and others to produce documents as part of their investigation.

“This situation requires that our governments work diligently with all those affected by this tragedy to bring forward the critical answers, and to ensure an event such as this will never happen again,” federal Public Safety Minister Bill Blair said. “We have heard calls from families, survivors, advocates and Nova Scotia members of Parliament for more transparency.”

Three hours earlier on Tuesday, Nova Scotia Justice Minister Mark Furey forced the issue, announcing his province would support a public inquiry – on the condition Ottawa supports one, too.

“I have heard from family members and many Nova Scotians who are opposed to a joint review of the tragic events of April 18 and 19 and would prefer a joint public inquiry,” Mr. Furey said, in a statement.

Katie Devine, whose mother, Heather O’Brien, was among those killed, said she was happy a public inquiry is going ahead. She says she believes it’s the best chance to understand how police missteps during the shootings may have contributed to the death toll.

“It’s what we’ve all been hoping for since Day 1,” she said. “I just wish our government would have made this decision much sooner. It would have saved my family and others a lot of grief. I’m looking forward to hearing the whole truth and letting it help us heal.”

Lenore Zann, Liberal MP for the riding of Cumberland-Colchester, where most of the shootings took place, said she hoped the inquiry would allow Nova Scotians to begin to heal from the trauma of the killings that began in Portapique, N.S.

“I’m extremely glad and relieved both governments are now listening to the people and the families of the victims,” she said. “This was the right thing to do.”

Chris d’Entremont, Conservative MP for West Nova, also said he was relieved to see both governments yield to public pressure and opt for an inquiry, but he questioned the sincerity of the move – suggesting the governing parties were more worried about losing votes.

“I just hope it happens quickly and comes with recommendations that help police across the country do their jobs better,” he said.

Some were surprised at how quickly the province backed down in the face of protests, after announcing the review last Thursday.

“I’m shocked, but pleased,” said Wayne MacKay, a Dalhousie law professor who was among those calling for an inquiry.

Opposition leaders in Nova Scotia pounced on the Justice Minister’s sudden reversal, saying the province didn’t need Ottawa’s backing to proceed with an inquiry under the Fatality Investigations Act.

“What the minister isn’t telling you is that the province has the authority to call a full public inquiry without the federal government to get answers,” Progressive Conservative Leader Tim Houston said.

“It is disappointing that it is taking public pressure for the Liberal government to realize how wrong they were.”

But a provincially led fatality inquiry, while preferable to a review, would never be as good a full-fledged public inquiry that has the co-operation of Ottawa and the power to make recommendations to federal agencies, including the RCMP, Prof. MacKay said.

The attack in April is a national issue, he said, since it deals directly with questions of RCMP failings, domestic violence complaints and the ability of Canada’s border agency to prevent the smuggling of weapons, he said. The gunman’s rampage started with an assault on his common-law wife. This week, new allegations were released in court documents that claimed he was a sexual predator who smuggled guns and drugs from Maine.

Those should be things all Canadians are concerned with, and that’s why anything less than a full inquiry that doesn’t allow any loopholes for the truth should never have been accepted, Prof. MacKay said.

A review, he said, was problematic because the continuing criminal investigation meant police could claim anything deemed evidence connected to the case should remain sealed – something only a public inquiry would have the power to push back on. It also wasn’t clear what, if any, penalties a review could have imposed on someone who does not co-operate, he added.

Prof. MacKay thinks the only option was to scrap the “significantly flawed” review model but keep the panelists and convert their probe into an inquiry. 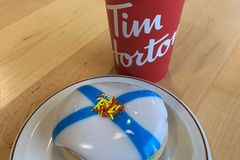 Opinion
Violence against women is a threat to us all
April 28, 2020 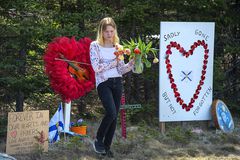 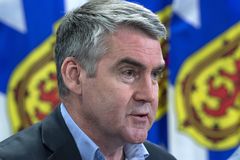