Nova Scotia reported its first new cases of COVID-19 in over two weeks Friday as a requirement to wear masks in most indoor public spaces came into effect.

Health officials said the cases – the first since July 15 – involved people who had travelled together outside Canada and were now in self-isolation.

The cases were identified in the central zone of the province, which includes Halifax.

“This is a strong reminder that COVID is still here, and without taking proper precautions, the number of cases can quickly spike,” Premier Stephen McNeil told reporters.

The Nova Scotia Health Authority issued an advisory aimed at anyone who had travelled on Air Canada flight 626 on July 19 from Toronto to Halifax. The flight departed Toronto at approximately 10 p.m. and landed in Halifax at approximately 1 a.m.

It said while anyone could have been exposed, passengers in rows 23, 24, 25, 26, 27, seats C, D and F were more likely to have had close contact. The health authority said anyone exposed to the virus on the flight could develop symptoms up to and including Aug. 3.

Meanwhile, a mandatory mask policy announced one week ago took effect in most indoor public spaces in the province, including retail businesses, shopping centres, hair salons and places of worship. People entering restaurants or bars also have to wear a mask until they begin eating or drinking.

Dr. Robert Strang, the chief medical officer of health, said the measure is necessary to minimize any potential second wave of COVID-19. He said he expects it will take time for mask wearing to become a habit.

“So we need to start making masks a habit now,” he said.

Strang reiterated that the province would not take a “heavy-handed approach” to mask enforcement and would leave the responsibility for wearing them to members of the public, at least initially.

However, he said there are general enforcement measures under a public health order, including a $1,000 fine.

The Atlantic provinces remain in talks about opening up to the rest of Canada and Strang said the mask measure was also partly done with risks associated with that in mind.

“We need to have things in place, both in the next few weeks and into the next few months, that give us the maximum ability to minimize the spread of COVID-19,” said Strang.

But exactly when the region will welcome visitors from the rest of Canada is still an open question according to the premier.

McNeil said while there still isn’t agreement on a specific date among the premiers, there are other factors at play.

“Part of it is we need to continue to make sure we can control the virus … and we’ve heard from citizens who have a level of anxiety, and we need to work with that.”

Nova Scotia has reported a total of 1,069 positive COVID-19 cases and 64 deaths attributed to the novel coronavirus.

Nobody is currently in hospital being treated for the disease. 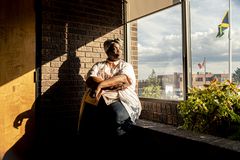 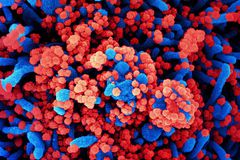 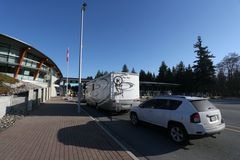