They called him Tinker, short for Tinkerbell.

Instead, Jason McDonald would have preferred that his given name be put on the scoreboard for Friday night darts at the Royal Canadian Legion in New Waterford, N.S.

But his wish was trumped by members who nicknamed him after the Disney fairy, Mr. McDonald said, because he is openly gay. They called him “fruit,” “queer” and worse. They suggested if he were a “real man,” he would manage a higher darts score and told him that a “real woman would fix you.”

The slurs prompted Mr. McDonald to file a discrimination complaint with the Legion last month and he is also preparing a human-rights complaint to the Nova Scotia Human Rights Commission. Meanwhile, the executive at his branch resigned in support of him, effectively shuttering the club while an investigation into the allegations by the Legion’s provincial command continues.

“The Royal Canadian Legion in no way condones any form of discrimination,” Marion Fryday-Cook, president of the Legion’s Nova Scotia/Nunavut Command, said in a statement.

Mr. McDonald’s case has stirred outrage both inside his community and among Legion members across the country who say they have had similar experiences but never came forward.

The 41-year-old is one of a few Legion members to speak publicly about facing discrimination inside the 93-year-old veterans’ club and his case shines a light on tough challenges in an already difficult era for the Legion. The service group relies on an army of volunteers to operate its national network of 1,400 branches but, with a rapidly aging membership, the club has had to reinvent itself to appeal to a younger, more diverse population. The transition has not always been smooth.

“This is about the old guard and the new guard,” Mr. McDonald said. “It’s about what’s right and what’s wrong. To me, homophobia is wrong.”

Mr. McDonald, who has not served in the military, joined his Legion branch’s executive last year to help boost fundraising at the flagging club. At first, he tried to let the slurs go.

“I just kept going, keeping my head held high … until I was pushed to the limit,” he said. His formal complaint, made in small-town Cape Breton, ignited controversy. The elected executive ultimately resigned, exasperated by divisions within the branch’s membership.

“We’re sending a message,” former treasurer Bill White said. “I don’t believe in that prejudice business at all. It disgusts me. I can’t hang around a place like this.”

Since Mr. McDonald went public with his complaint, he has been contacted by Legion members from across the country who say they, too, have experienced branch-level discrimination based on their sexual orientation and that little was done to rectify it.

Dean McCuaig of Ottawa was one of them. He decided to leave his home branch in Westboro two years ago after encountering homophobia followed by “a long battle of trying to get anybody to listen to me.”

“I had lots of friends there and it was just two ignorant people,” Mr. McCuaig said. “But there was no infrastructure to support conflict resolution.”

The Legion’s internal process for logging a complaint, Mr. McCuaig was told, included payments of $100 for each complaint he wanted to make. He needed to send each by registered mail to those he was making accusations against before facing them at a hearing.

“I wasn’t prepared to do that,” said Mr. McCuaig, who reluctantly admitted the notion made him fearful. His only other recourse was to file a human-rights complaint. But that also seemed too confrontational.

“So I voted with my feet and moved to another Legion,” he said.

Nujma Bond, a spokesperson for the Legion’s National Command in Ottawa, said Legion branches operate in an “independent manner, resolving their issues locally unless escalated.”

Ms. Bond said that while a member “could conceivably be asked to leave” for disrespecting another member, National Command is not aware of it having happened.

In Cape Breton, a hearing into Mr. McDonald’s complaint is scheduled to be held this week. He does not have confidence that it will bring about any real resolution.

“The hearing is to say whether the homophobia even happened or not. Obviously, it happened. I have witnesses,” he said.

Mr. White, the former treasurer, was one of them.

“It wasn’t just once in a while, it was often,” he said, attributing the alleged discrimination to “the old boys’ club.”

Mr. White said a number of successful new activities run by the club, including a “Boozy Bingo” and themed dances, were spearheaded by Mr. McDonald. They were profitable: The club went from using its savings to keep doors open to making a $5,000 monthly profit, he said.

The money changed the club’s dynamic.

Regardless of the outcome of his hearing, neither Mr. McDonald nor other members of the departed executive wish to rejoin the club. Instead, they have formed a non-profit and plan to take their fundraising ideas to another community group.

“We’re going to continue on helping people,” Mr. White said. “There’s not enough of that going on these days.” 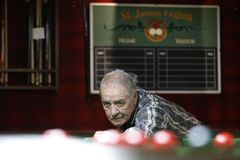 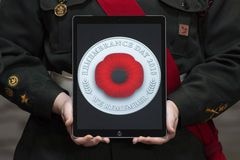 As Legion membership declines, leaders struggle to attract the next generation of veterans
June 24, 2018 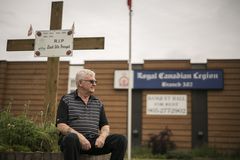