The words tattooed on Cindy Ryan’s left forearm are a constant reminder of the importance of organ donation in her life: “Recycle Yourself – Together We Live On.”

A two-time liver transplant recipient, Ms. Ryan was on hand Tuesday for the unveiling of proposed legislation that would make Nova Scotia the first jurisdiction in North America to adopt presumed consent around organ donation.

Under the Human Organ and Tissue Donation Act, all people in Nova Scotia would be considered potential organ donors unless they opt out.

Ms. Ryan said the legislation is needed, even in a province with some of the highest donor registration rates in the country.

“I’m hoping that it increases the number of donors in our province ... so that more people can benefit from the gift that I’ve been given,” Ms. Ryan, of Westville, N.S., told reporters.

Premier Stephen McNeil, who sponsored the bill, said the goal is to ensure there are more potential organ donors in order to save lives.

Under the legislation, families will continue to be consulted about their loved ones’ wishes regarding organ or tissue donation.

Those under 19 and people without decision-making capacity would be exempt, and would only be considered as donors if a parent, guardian or alternate decision-maker opts them in.

Mr. McNeil said the legislation won’t take effect for at least a year to 18 months in order to allow time for planning, education and public awareness.

“This is not by itself going to solve or going to increase the number of organ donations within our province,” Mr. McNeil said. “We know that it will require some support.”

Ms. Ryan was hospitalized in October, 2013, after a virus attacked her liver. In a coma and with only four weeks to live, she was quickly saved within 24 hours of her arrival at the transplant unit of a Halifax hospital. A second transplant was required owing to complications in February, 2015.

And although many things have changed in the past four years, Ms. Ryan, who is in her 50s, said she is enjoying life again.

“It’s been over three years since I’ve had to spend the night in the hospital, and I’ve been able to play ball and hockey again and my husband is doing his best to turn me into a dart player. I am also doing my best to pay it forward.”

Dr. Stephen Beed, medical director of the province’s Legacy of Life and critical care organ donation program, said presumed consent is an idea that was floated about 15 years ago by colleagues in the transplant field.

A similar bill was passed in 2010 by the province’s former NDP government, but it wasn’t proclaimed.

No more secrets: Why I broke protocol as a kidney donor

“This is a window of opportunity that’s rare,” Dr. Beed said. “We have a chance to take what I think is a very good program and make it into what I hope will be the best program in the country.”

Dr. Beed said the goal of presumed consent is to get donations up to levels found in European countries such as Spain and the United Kingdom.

“A presumed consent system in other jurisdictions has generally resulted in a ballpark 20, 30, sometimes 35 per cent increase in donation rates,” he said. “That’s what we are hoping for.”

Ms. Ryan, whose tattoo also has the dates of her transplants and two doves representing her two life-saving donors, called organ donation “a great gift you can give to anybody.”

According to the province, 21 Nova Scotians became organ donors in 2018, while 110 people donated tissues such as corneas and heart valves. 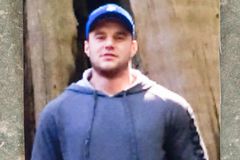 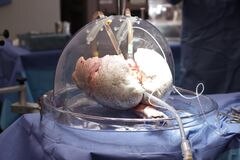