Dartmouth’s Jermaine Parris went into his local RBC branch to complain about his banking fees. A bank employee called police on him – and told them he had been drinking and driving.

Lynn Jones, a lifelong resident of Truro, N.S., was questioned by police after she and two other women stopped along a roadside to take pictures of deer. The officer told her he was investigating a complaint about “suspicious people.”

Santina Rao, a 23-year-old mother, suffered a broken wrist, concussion and injuries to her neck, arm and eye during a violent arrest by police at a Halifax Walmart while shopping with her baby and toddler. Store staff had called police because they suspected her of shoplifting.

Parris, Jones and Rao have one thing in common: They are black. And they were not breaking the law. But someone felt it was necessary to call the police. Those decisions show racial discrimination against blacks remains “alive and well” in Nova Scotia, according to the province’s former lieutenant-governor Mayann Francis.

Less than two months ago, Halifax Police Chief Dan Kinsella issued a historic apology for the practice of street checks, after statistics showed blacks were stopped six times more than whites in the city. Chief Kinsella, whose officers are once again under fire for racial profiling, has called the Ms. Rao incident “disappointing,” and referred the case to Nova Scotia’s police watchdog.

This month’s arrest of the mother in front of her young children has sparked demonstrations at the Walmart, in front of Halifax Regional Police headquarters, and led to calls to freeze the city’s police budget until the service can prove it is no longer racially profiling black Nova Scotians.

Ms. Rao, who says she tried to show her receipts and told police they could search her stroller, was charged with causing a disturbance, assaulting a peace officer and resisting arrest. She was not charged with theft.

Dr. Francis, the province’s first black lieutenant-governor, said she’s been deeply disturbed by the video of Ms. Rao’s arrest, which has been widely shared on social media. It’s made her fearful to go shopping as a black woman, she said.

“It’s affected me very badly. I identified with that. I don’t even like to watch it because it brings up an emotion that breaks my heart," she said. “It feels like we’ve gone backwards. What’s happening with the police department, it’s just unbelievable.”

She said she can relate to Ms. Rao’s situation, being treated with suspicion simply because of the colour of her skin. Ms. Rao was accused of concealing items because she had a bag underneath her children’s stroller and was putting things into it as she shopped – which Dr. Francis said shows that, even in 2020, there remain different rules for black shoppers and white shoppers.

"Even me, the former lieutenant-governor, has been followed in the stores, has been treated with suspicion,” she said. “When I saw that happen, I said ‘That could have been me’. That could happen to any black person.”

Nova Scotia’s black population has long lived in the shadow of racism in a province where many trace their roots back centuries, to the first waves of Black Loyalists who came here during the American Revolutionary War.

Mr. Parris, whose grandfather was among the last people removed from Africville – a black community demolished by the City of Halifax in the 1960s – said racism remains a part of everyday life for many African Nova Scotians. A police report into his December traffic stop showed there was no evidence he was drinking and an officer “could not detect any smell of alcoholic beverage emitting from the vehicle.”

In his case, a white bank employee at his Brownlow Avenue branch in Dartmouth called police after Mr. Parris left, claiming he was drinking and driving. He believes police were called because he’s black, and he wasn’t showing enough respect when complaining about $60 in fees from the previous month. Within minutes of driving away, he was surrounded by five police vehicles.

“It was humiliating,” Mr. Parris said. “People come with a predisposition toward me before I even get there. It’s been that way my whole life, and I have to learn how to navigate that. I have to be mindful of how I drive, of everything I do and say, in case I offend somebody.”

The bank, for its part, says it called police out of concern for Mr. Parris, and disputed the information in the police report that said he was told not to return to the branch.

“After Mr. Parris left our branch in his vehicle, we were sincerely concerned for his safety and well-being, and we alerted the authorities,” said AJ Goodman, director of external communications for RBC.

In Ms. Jones’s case, her story prompted Truro’s municipal council to pass a motion aimed at addressing concerns around police bias and racial profiling. Ms. Jones said the incident should be an opportunity to help improve the lives of black people by removing employment barriers and improved funding for black businesses.

Many black Nova Scotians say the racism they encounter isn’t usually as public, or nearly as dramatic, as Ms. Rao’s arrest at Walmart last week.

“Our racism is a very polite form of racism. It smiles in your face, it says please and thank you, it calls you sir and ma’am at the same time as it marginalizes you,” said Robert Wright, a social worker and former senior civil servant in the Nova Scotia government. “They’re not yelling at you, they’re not screaming at you, they’re just ill-serving you.”

Mr. Wright says the institutions that were supposed to protect black people’s civil rights, including the courts and the province’s Human Rights Commission, have failed them. That’s why he and others are calling for the creation of an African Nova Scotia Justice Institute, in an effort to reduce the number of black people in the legal system.

The initiative was formally tabled in legislation proposed by the provincial NDP last fall, after stats from an Freedom of Information Act request showed 13 per cent of people incarcerated in Nova Scotia’s prisons are black, compared to less than three per cent of the population.

It will take years for Nova Scotia’s institutions to evolve, Mr. Wright said. But real change can start by taking black Nova Scotians seriously when they say they’re experiencing racism, he said.

“If you want to redress this 400-year history of the marginalization of black people in Nova Scotia, you need to start by believing black people,” Mr. Wright said. “Start by trusting that black people know racism when they see it.”

Calvin Lawrence, a black police officer in Halifax and later with the RCMP, said police need to be better trained and supervised to ensure they know how to de-escalate conflict with black people instead of letting a confrontation end in an unnecessary arrest, he said.

The retired officer says he has serious concerns about Ms. Rao’s arrest, and argues a more sensitive approach may have ended the situation peacefully. He says black communities sometimes need a different approach to policing.

“The defining emotion of the black experience is anger. The challenge is to live with that anger without it debilitating us,” said Mr. Lawrence, whose book, Black Cop, detailed his 36 years dealing with racism inside the police.

“If police want voluntary compliance, they shouldn’t always be doing a one-up, ‘I’m in charge here, do as I say or you’re going to jail’… They need to be able to read the streets, be able to read people and be able to talk to people. It’s a learned art.”

Apologies from chiefs of police for historical mistreatment are helpful, Mr. Lawrence said, but until real change filters down to the officers on the front lines and their supervisors, problems will continue.

“How much time do we spend on the Taser, the gun or the baton, compared to how much time we spend teaching officers how to actually speak to people on the street?” he said. 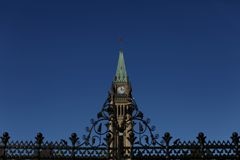 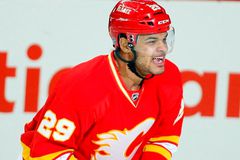 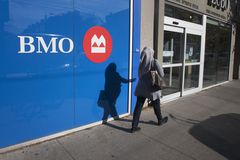