Lieutenant-Governor Arthur LeBlanc delivered the new government’s first Speech from The throne Tuesday, formally introducing the Tories’ agenda ahead of what will be the first full in-person session of the legislature since the start of the pandemic.

The Throne Speech repeated many of the promises the Tories made during the summer’s election campaign, including investing heavily to recruit and retain more doctors to address labour shortages in the health system. The party’s election platform projected $553-million in new spending during the first year in office – including $430-million just for health care.

“We have to be honest about the challenges in our health system,” Mr. LeBlanc said, reading the government’s Throne Speech. “The challenges are significant, but they can be addressed, and doing so is the No. 1 goal of our government.”

But the speech included just one line about housing, despite rapidly rising rents and a lack of affordable homes in many areas of the province, especially in the Halifax area.

“There is a housing crisis in Nova Scotia,” Mr. LeBlanc said. “We have a plan to address this crisis.”

After the speech, Premier Tim Houston told reporters his government’s housing plan would be coming soon.

“We hear the concerns of tenants and Nova Scotians and we will put together an integrated plan that we will be willing to share in the coming days,” he said. “We will be putting forward a proper solution for how we address the [housing] supply issue.”

The Premier’s reassurances did not placate NDP Leader Gary Burrill, who pointed out the Throne Speech made no mention of a rent cap, homelessness or rising house prices.

“To have the word ‘housing’ appear once this is more than a missing word, a missing sentence, a missing paragraph,” Mr. Burrill said. “This is a gaping absence and gap in the government’s whole sense of where they are at the moment in Nova Scotia.”

Liberal Leader Iain Rankin also wondered about the lack of detail on housing and said the Tories needed to address rising rents and to increase the housing stock in the province.

“To have only one line in the speech is a mistake, but we are early in the session and we will give them an opportunity to see what they will bring forward,” Mr. Rankin said.

On the health front, the government offered few timelines or a sense of what kind of legislation it would table this session, but it said it would offer incentives to recruit and retain more health care workers. It also pledged to give people access to “timely primary care,” and it promised to support paramedics by improving 911 response times.

The government said it would attract doctors with a new pension plan for full-time physicians, and it promised to increase surgical hours in order to reduce wait times for medical procedures. It also said it would invest in universal access to mental-health services, as part of “the most progressive mental health support system in Canada.”

Aside from health care, the Tories said they would adopt legislation this session for fixed election dates, which would make Nova Scotia the last province to adopt the measure. They also promised to improve the province’s Freedom of Information laws and to return the proceedings of the public accounts committee to their prior format.

The previous Liberal government restricted proceedings to monthly meetings that dealt with previous reports of the province’s auditor-general. The Tories said the committee would be allowed to call witnesses at its discretion and would sit as many as 40 times in a calendar year.

“My intent is that committee will meet frequently, certainly more frequently than it did in the last few years,” Mr. Houston said. 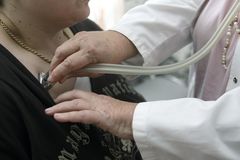 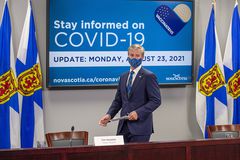 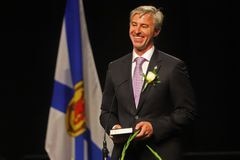