Nova Scotia’s provincial Education Department has removed and apologized for racist material in a Grade 10 correspondence course that asked students to list the benefits of residential schools and referred to stereotypes of alcoholism, poverty and unemployment among First Nations peoples.

The material, part of a 170-page unit taught since 2003 to students who are learning at home, was pulled from use after parents went public with their concerns this week. The province says all correspondence curriculums will be reviewed this summer as a result.

“This material is offensive and is not currently assigned to students. It was removed from the course package as soon as this came to our attention,” said Jasmine Flemming, a spokesperson for the Department of Education and Early Childhood Development.

About 75 students were using the material as part of an English course in the province’s correspondence study program. They have been “informed that this question is not part of the course curriculum, that it is inappropriate, that it does not reflect our commitment to the Truth and Reconciliation Calls to Action, and we recognize and apologize for any harm this has caused to individuals,” Ms. Flemming added.

The scramble to pull the course material, produced by a curriculum writer on contract to the province almost two decades ago, comes just weeks after the discovery by the Tk’emlúps te Secwépemc First Nation of 215 unmarked graves at a residential school in Kamloops. That discovery prompted a renewed search for remains at the former Shubenacadie Indian Residential School in Nova Scotia, a notorious institution with a documented history of abuse that removed Mi’kmaq children from their families and punished them for speaking their language.

The offensive course material was first flagged by Malaika Joudry-Martel, a Grade 10 student in Bear River First Nation near Digby, N.S. Her mother, playwright Shalan Joudry, pulled her daughter from the course when she saw the questions and posted her concerns on Facebook.

Ms. Joudray and Malaika received a personal apology from Education Minister Derek Mombourquette, but the mother said the province can’t be let off the hook just because it’s removed the material.

“You can’t just plead innocent,” Ms. Joudry told the Coast magazine. “How did it go through all these different eyes or permissions? It really just shows you that it just wasn’t seen as urgent enough to go through the revisions.”

The unit asked students to read Residential School: a Personal Perspective, an essay by Tom Wassaykeesic, a band councillor for Mishkeegogamang Ojibway First Nation. It details his experience at the Shingwauk Indian Residential School in Sault Ste. Marie, and is widely used in curriculums across the country.

But the course included a discussion of the positive elements of his time at the school. The material asked students to “list the benefits and disadvantages of being placed in a residential school.”

The course then asked students to think about why unemployment and “poverty and alcoholism are common problems among First Nations people.”

Jennifer Burke, Nova Scotia’s director of curriculum development, acknowledged the material did not reflect the Truth and Reconciliation Commission’s Calls to Action, which were adopted in 2015.

“I appreciate the pain this caused, and I am truly sorry. We can and will do better,” she wrote in an e-mail to Melanie Peter-Paul, a Mi’kmaq artist, who had pushed to have the material dropped.

School curriculums that ask students to focus on the positives of residential schools have also drawn fire in other parts of the country. Last November, a school district in Abbotsford, B.C., apologized for an assignment that asked students in Grade 6 to list five positive facts about residential schools in Canada.

One of the Truth and Reconciliation Commission’s calls to action was to make Indigenous contributions part of the school curriculum. But similar to other subjects, how much Indigenous history is taught varies from one province to the next.

Alberta’s broad curriculum overhaul has been recently criticized by Indigenous leaders for its lack of content related to First Nations, Métis and Inuit, and specifically the decision to not teach children about residential schools until Grade 5.

In Ontario, the previous government made revisions to several parts of the curriculum, including history, and made residential schools, treaties and the contributions of Indigenous people a mandatory education requirement. Several school boards in the province, including the Thunder Bay Catholic District School Board, have moved to devote the Grade 11 compulsory English class to Indigenous authors.

Doug Ford’s government came under criticism in 2018 when education-related summer workshops, including a curriculum-writing session meant to enhance Indigenous perspectives in classrooms, were abruptly cancelled. Education Minister Stephen Lecce said this week that the government is in discussions with Indigenous elders and leaders to look at further strengthening the curriculum. 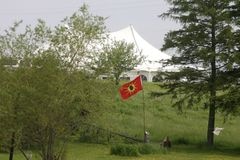 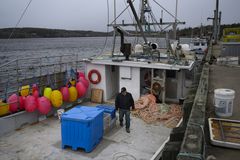 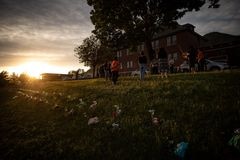