The coronavirus outbreak is causing job losses at seafood plants and hitting lobster dealers on Nova Scotia’s south shore, as cargo flights to China are grounded and the price of the province’s most valuable shellfish tumbles.

A month ago, China appeared to be a land of endless opportunity for Nova Scotia’s $1-billion lobster industry, with fishers collecting record returns for their catches and exports to the Asian country growing to historic levels.

The line between us: For Chinese-Canadians like me, coronavirus is just the latest strain of infectious fear we’ve faced

Then, as travel restrictions and lockdowns in some cities were imposed in China in an effort to contain the virus, known as 2019-nCoV, lobster orders dried up almost overnight. The shore price, or price paid to lobster fishers for their catch, fell from a record high of $10.50 a pound to $8 a pound on Nova Scotia’s south shore last week, and is expected to keep falling.

“It’s like having a balloon and somebody just pulled all the air out of it,” said Michael Cotter, owner of Cotter’s Ocean Products, based in Lockeport, N.S. “We are all panicking. We haven’t put a lobster in a box in two weeks. It’s come to a dead stop.”

About 65 per cent of Mr. Cotter’s lobsters are shipped live to China, which has left him scrambling to find work for his 20 employees. Other smaller seafood processors in the province have already begun issuing layoff notices.

China continues to report thousands of new cases of the virus and says the death toll has reached 361, with total confirmed cases in the country at more than 17,000. There have been 146 cases outside China, with four confirmed in Canada.

China’s impact on Atlantic Canada’s seafood industry is huge. In the first 11 months of 2019, $409-million worth of live lobster was shipped to China, according to Statistics Canada – making the country the top international buyer for Canadian shellfish and surpassing the United States for the first time.

Some seafood dealers are trying to dump their lobster on European and U.S. markets, but buyers there are watching the price fall because of the oversupply, and are delaying placing their orders, Mr. Cotter said.

At the Halifax Stanfield International Airport Authority, the main regional hub to ship live seafood to China, planes are sitting on the ground, unable to move their cargo.

“Last week, we were notified by one of our cargo air carriers, Skylease, that they were temporarily stopping direct shipments to China due to impacts in that market from coronavirus,” said Tiffany Chase, director of public affairs and marketing for the airport.

“This affects two to three weekly cargo flights containing seafood products that normally go out of Halifax Stanfield to the Chinese market.”

Each of those cargo flights can carry up to 100 tonnes of live lobster when full, which means there’s a lot of extra lobster sitting in salt-water storage tanks in Nova Scotia right now. Lobster can be kept alive in storage for several months, but there are concerns about how that affects the shellfish quality as the coronavirus fallout drags on.

Some lobster fishers, watching this troubling bottleneck, have already begun cutting back the number of times they’re going out each week to collect from their traps. While the Lobster Council of Canada is urging calm, some captains are bracing for an extended downturn, cancelling orders for new boats and holding off on buying new gear.

Skylease says it expects its cargo flights will be affected “at least for the next few weeks." During peak times, such as the weeks leading up to the Lunar New Year, up to seven or eight weekly cargo flights from Skylease and other companies leave Halifax directly for Asian markets with seafood products.

Meanwhile, Nova Scotia Fisheries Minister Keith Colwell is trying to reassure those in the seafood business that the Chinese slowdown is just a “temporary blip.” He believes that the lobster industry can ride out the coronavirus by relying on other markets in Asia and Europe.

Mr. Cotter, who has worked in the province’s seafood industry for 40 years, isn’t so sure. He thinks it will be a long time before lobster exports to China pick up again. With lobster seasons in Prince Edward Island, New Brunswick and Newfoundland set to reopen within a few months, he’s worried more shellfish will soon be dumped onto an already flooded market.

“People don’t realize how much this is hurting us, big time. We can’t sit on all those lobsters," he said. “The price is going to keep going down. If we don’t have China, I don’t know what’s going to happen. Its put a chaos into the whole industry.” 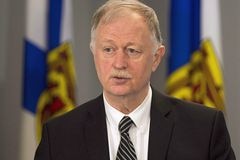