Fewer Canadian medical-school graduates were denied crucial residency placements this year than last, a result that is good news for future physicians and for a health-care system eager to put their skills to use.

A total of 67 students set to graduate from Canadian faculties of medicine this year failed to be matched to a training position, down from 115 last year, 99 the year before and 77 the year before that.

The last time the number of unmatched graduates was in this vicinity was in 2015, when 64 graduates did not garner a residency spot, according to the Canadian Resident Matching Service, or CaRMS, which released the 2019 figures on Wednesday.

“This is what we had hoped for,” said Geneviève Moineau, president of the Association of Faculties of Medicine of Canada (AFMC), which represents the country’s 17 medical schools. “Although this is a positive trend, there’s still work to do.”

She pointed out that on top of the 67 current-year graduates of Canadian schools who went unmatched, another 31 from previous years remained unmatched.

Residency placements are essential for medical graduates: They cannot be licensed to practise until they complete hands-on training for between two and seven years, depending on the medical discipline they choose.

Medical education is subsidized by Canadian taxpayers; that investment goes to waste if graduates are not able to practise, Dr. Moineau said.

The reversal of the trend in the number of unmatched graduates comes after the AFMC and medical-student organizations spent years ringing alarm bells about the fate of would-be doctors who could not find a training placement.

They argued that some cash-strapped provincial governments were failing to fund enough residency slots to keep pace with the number of new graduates, devastating high-achieving students and throwing their careers into limbo.

Mr. Gallinger said another factor was unique to Ontario. Not as many unmatched graduates from last year reapplied this year because the province’s former Liberal government opened extra one-time residency spots when CaRMS revealed at this time in 2018 that more graduates than ever before had been shut out of the opportunity to train.

Opinion: Is every medical school graduate entitled to become a doctor?

From the archives: More Canadian medical-school graduates than ever failed to secure residency

The Canadian Armed Forces also stepped up last year to sponsor placements for unmatched graduates willing to enlist, an opportunity the Forces is offering again this year.

But Michael Parvizian, a second-year medical student at McMaster University in Hamilton and a leader with the Ontario Medical Students Association, expresses worry that the effects of those short-term fixes could wane in the future.

“They’re not sustainable solutions," he said. “While we’re happy to see they’ve had a spillover effect into this year, unless changes are made more systemically and long-term, we expect a return back to the same trend.”

The match process has two rounds. In the first, students rank their preferred residency spots by discipline and location, while medical schools rank their top candidates for those spots. CaRMS co-ordinates the matches.

Graduates who go unmatched can then apply for unfilled spots in a second round. Of the 67 graduates of Canadian schools who went unmatched this year, 36 decided not to participate in the second round.

“A doctor with an MD but no residency spot is just a doctor in name alone," he said. “It’s a cruel place to put anyone with such a deep desire to give back.” 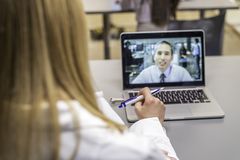 Opinion
To end hallway medicine, we should consider a public-private model
April 1, 2019 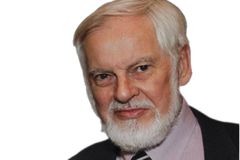 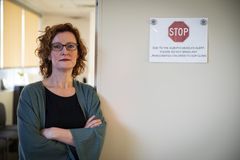