It has been two decades since Nunavut was created in Canada’s eastern Arctic, a vast and scarcely populated region that started as an Inuit dream to become masters of their own destiny.

As the country’s newest territory celebrates its 20th anniversary on Monday, the prospects for resource development are creating hope for an Indigenous people whose poverty and food-insecurity rates are the highest in the country.

Premier Joe Savikataaq said the population explosion that has occurred since 1999 is putting massive strains on the territory’s limited stock of housing and infrastructure.

But education rates are increasing, Mr. Savikataaq said in a recent telephone interview as he looked forward to celebrating the day Nunavut was officially hived away from the Northwest Territories. The number of jobs is also climbing, he said, “and I think the quality of life has grown, so it’s a positive story.”

Twenty years ago, the new era in the Arctic was marked with spectacular fireworks across the northern sky, the chants of throat singers and the pounding of drums.

The first session of the Nunavut Legislature was held in the same school gymnasium where the land claim that created the territory had been signed. The 19 newly-elected politicians lit a qulliq, the oil lamp traditionally used to heat an igloo and sat around an Inuit sled. The mace, which was constructed by multiple artists from a narwhal tusk, silver, local stone and gems symbolized co-operation.

When the region was part of the Northwest Territories, the Inuit felt their territorial government was distant to them, Mr. Savikataaq said. The creation of Nunavut, he said, meant Inuit were finally making decisions for other Inuit.

Today, the Inuit language has official status in the territory, along with English and French, and “any legislation or policies that the Nunavut government is going to implement have to line up with Inuit societal values,” Mr. Savikataaq said. That includes incorporating the knowledge of the elders – called Inuit Qaujimajatuqangit – into decisions made about education, culture and heritage.

Meanwhile, there are four operating mines and a fifth is about to be opened, Mr. Savikataaq said. “The mining sector brings in good high-paying jobs and these four mines right now are on Inuit-owned land,” he said.

Inuit impact-benefit agreements require the mines to employ a fixed percentage of Inuit workers. “So there’s a lot of good economic benefits from a mine. And, as long as development is done in a sustainable and responsible manner, that’s a very good thing,” Mr. Savikataaq said.

There have been long and continuing discussions about creating a year-round road through Manitoba to the western part of the territory, which would open additional economic opportunities including the possibility of more mines, he said. So “I am optimistic that there will be new Inuit employment, both in the government of Nunavut, and the mining sector and business as Inuit get more educated and get more training.”

But housing is a problem, Mr. Savikataaq said. The population of Nunavut has grown to more than 38,000 today from 25,669 in 1999. There was a shortage of homes two decades ago and that has only gotten worse, he said.

“And we’re far behind in our infrastructure needs,” Mr. Savikataaq said. That includes the fibre-optic connections that are a lifeline to the North.

“We do telehealth here,” which means doctors in the south can look at diagnostic imaging taken in remote communities, Mr. Savikataaq said. “But, our bandwidth is so slow that, a lot of the time, if they do a CAT scan or a digital x-ray, they can’t send the information down until the middle of the night when no one’s using the bandwidth.”

Despite the challenges, the Inuit are resilient and Nunavut has been a reflection of that over the past 20 years, Mr. Savikataaq said. “Most Inuit have a good outlook on whatever the situation is. They always say ‘well, I guess that’s how it is, but we can make it better.’” 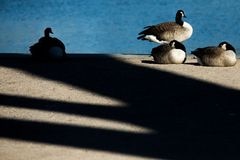