A Nunavut judge has granted a mining company an injunction against hunters who stopped its iron ore operation when they protested at the site last month.

About a dozen Inuit hunters blocked the road and airstrip at Baffinland Iron Mine’s Mary River project on northern Baffin Island for a week before leaving Feb. 10.

The hunters were protesting Baffinland’s proposal to double its output of iron ore and build a 110-kilometre railway from the mine to the ocean. They left after their regional Inuit organization and land-claim body offered to meet with the group face to face.

Baffinland applied for an injunction against the hunters Feb. 10, and a temporary order was issued to have them clear the mine site. A second hearing was held in Iqaluit on Feb. 13, where lawyers for the hunters and the company argued whether the injunction should be granted.

The injunction order legally prevents the hunters and “anyone else with knowledge of the order” from protesting at the site or blocking the mine’s road and airstrip. The RCMP has the authority to enforce the order.

In her decision, Justice Susan Cooper noted Baffinland lawyer Brad Armstrong’s arguments about the mine’s financial losses from the protest and the uncertainty about whether the hunters would return.

“While the Defendants have left the project site, their counsel was not able to confirm that they have agreed to not return and continue the protest,” Cooper wrote.

“Although the protesters may no longer be at the project site, their reasons for being there in the first place remain.”

Cooper also said the hunters have not clearly stated their reasons for protesting.

“The protest and its reasons have been the topic of discussion in the media. There may be more than one reason for the protest. It may be that the individual protesters are there for different reasons,” she wrote.

She said the injunction does not prevent the hunters from protesting elsewhere.

“While it is true that such protests would be of little effect at the project site, without impeding the operations due to the remoteness of the location, there are other locations within the territory where a protest would be seen and heard.”

The injunction is interlocutory, which means it is not permanent. A permanent order would only be granted after a trial, Cooper said.

In a news release, lawyers for the hunters said they are “disappointed that such a decision was made based on Baffinland’s arguments so early in the case, and look forward to their lawyers presenting new evidence now available through examination of the Baffinland witnesses.”

The hunters said they stand by their actions “and feel confident that they can carry forward their active opposition to mine expansion in many other ways.”

“In the interim, they will look for quieter places to sleep.”

Cooper said lawyers for the hunters can apply to vary or set aside the injunction with two days’ notice.

Nunavut hunters end blockades, mine pushes ahead with injunction against them
Subscriber content
February 14, 2021 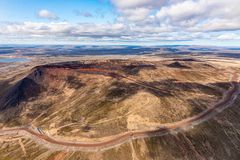 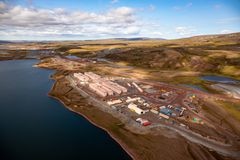