Several oil companies have refused to provide data about their profit margins on gasoline to British Columbia’s utility regulator as part of a review of the province’s high gas prices.

The provincial government, which ordered the review as drivers in the Vancouver region paid some of the highest prices in North America, urged Husky Energy Inc., Suncor Energy Inc., Imperial Oil Ltd., and Shell Canada Ltd. to reconsider, while the British Columbia Utilities Commission (BCUC) said it has the power to compel such material through a court order. The companies all sent the commission letters that said revealing their profit margins would expose “commercially sensitive” information.

“I’m disappointed with the oil companies who’ve refused to provide information to the B.C. Utilities Commission. People deserve to know why the price of gasoline in B.C. has seen such wild swing,” Jobs Minister Bruce Ralston said in a statement on Wednesday.

"I urge everyone to cooperate fully with the BCUC investigation as the commission has committed to protecting all sensitive information.”

Premier John Horgan asked the commission to report by Aug. 30 on the factors that affect wholesale and retail gas prices – in particular, why refining margins are so much higher than in other parts of the country. He made the request in May when gas prices were about $1.70 a litre.

The gas-price issue has caused political trouble for the New Democrats, who campaigned in 2017 on making life more affordable for British Columbians, and have pursued a policy agenda built on affordability.

The utilities commission sent a questionnaire to the oil companies. Husky, Suncor, Imperial and Shell provided written responses, but each declined to answer a question about their profit margins.

In a statement, the chair and chief executive officer of the BCUC said the inquiry panel is in the midst of reviewing submissions to see if further information is required.

David Morton said parts of a submission deemed “commercially sensitive” would be safeguarded by the commission in line with its rules of practice and procedure.

He acknowledged, in the statement, that the commission has powers to compel material via a court order.

However, he added that, “this process could be time consuming, and whether or not this power is utilized would ultimately be at the discretion of the Inquiry Panel.”

The BC Liberal opposition says the situation just underlines the failure of the NDP government to deal with the issue by relying on the hearings without allowing a review of its own fuel policies as the NDP government.

“It was a questionable measure to begin with. This just puts the nail in the coffin to any illusion that this was going to be effective,” Peter Milobar, the BC Liberal environment and climate-change critic, said in an interview.

The Order in Council document establishing the review says the commission cannot inquire into the effects of provincial enactments or policy on gasoline and diesel prices in British Columbia.

“In a panic, [Mr. Horgan] came up with the BCUC review that ties their hands by not looking at any impact that government has,” Mr. Milobar said.

Hearings on the issue are to be held for three days starting July 17, with July 20 reserved as a final day, if necessary. 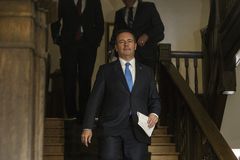 A dividend-driven comeback: Alberta’s Capital Power is thriving, despite past ties to coal Subscriber content
July 1, 2019 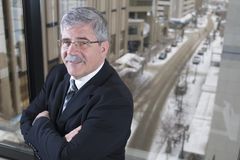 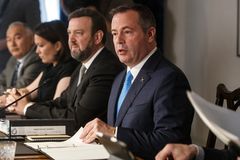