Canada’s biggest oil and gas companies are sitting on a massive backlog of abandoned oil and gas wells that has swelled into the tens of thousands as operators put off pricey remediation.

A Globe and Mail examination of oil-well licensing data from B.C., Alberta and Saskatchewan shows that 84,569 wells have been abandoned in those three provinces. That is in addition to the 122,456 inactive sites tallied by The Globe as part of a six-month investigation published Saturday.

Unlike those inactive sites, abandoned wells hold no potential for future production. Equipment such as pumps and valves has been removed and the holes have been sealed. However, the surrounding landscape has not yet been restored to its predrilling state – a process that can unearth contamination of soil and water and potentially require expensive monitoring and remediation work.

Graphic: What is the life cycle of a well? Read our explainer

Abandoned wells also differ from so-called orphan wells that have no solvent operator. There are companies that are responsible for cleaning up these well sites; they simply have not.

The numbers show how lax regulations − none of the three westernmost provinces legislate cleanup timelines − allow even the industry’s most financially resilient companies to delay the final steps of reclamation for years, and sometimes decades, after production has ceased.

More than half of the 72,329 abandoned wells in Alberta have languished for 10 years or more, The Globe found. In B.C., it is about 45 per cent, while in Saskatchewan it’s around 34 per cent.

The Globe on Saturday revealed some 20 per cent of all oil and gas wells in the three westernmost provinces are inactive, and that there are 54,147 more inactive wells today than there were in 2005.

Even after sites are fully remediated, long-term environmental impacts can persist. It represents a major scientific blind spot for the industry and government, said Arnold Janz, a land scientist who has studied soil and land conservation for 40 years with Alberta Parks and Environment.

Mr. Janz recently led a three-year study of 73 well sites in Alberta that were certified as remediated between 1964 and 2011. The study measured a range of factors, from soil density to vegetation, and found industrial impacts persisted long after reclamation work finished.

Nearly 144,000 wells across B.C., Alberta and Saskatchewan have been reclaimed. The Alberta Energy Regulator says it flags anywhere from 15 per cent to 30 per cent of reclamation certificates for audits each year, and that it has cancelled 3 per cent of certificates issued since 2016.

The B.C. Oil and Gas Commission says it has found just two of 50 reclamation certificates wanting since it started audits in 2012. Saskatchewan’s Ministry of Energy and Resources reported no “significant issues or deficiencies” in 123 audits of reclaimed oil and gas wells conducted since 2011-12.

As abandoned sites proliferate, some communities are taking matters into their own hands.

In Alberta, Red Deer had mapped out a plan for a new high school and sports fields in its growing north end. The city and school district were eager to start construction, but first they had to deal with the legacy of oil and gas development.

There were abandoned pipelines that required removal and a dormant well that had contaminated the soil with petroleum and high salinity.

The owner of the well and pipelines, Canadian Oil and Gas International Inc., was in the midst of cleaning up the sites when it went bust, filing for insolvency in 2015 and throwing plans for the school development in doubt.

Faced with the prospect of waiting for the industry’s so-called orphan well fund to step in and remediate the land – a process that can take many years – Red Deer took an unprecedented path for the city: It cleaned up the site itself so that construction on the school could go ahead.

“It wasn’t an option for us to not have that high school open,” said Tara Lodewyk, director of planning services for Red Deer. “Our [other] high school was way overcapacity. This was a huge benefit for the community.”

St. Joseph Catholic High School opened in September, 2017, and the contamination has been fully dealt with, Ms. Lodewyk said.

“Municipalities are not in this business, so it’s a steep learning curve,” she said.

With reports from Renata D’Aliesio and graphics from Chen Wang 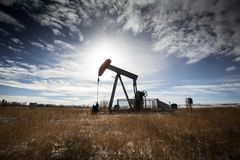 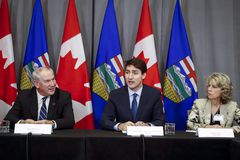 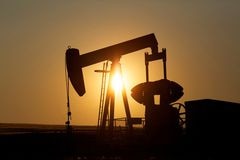 Follow Jeff Lewis,  on Twitter @jeffalewis
Report an error Editorial code of conduct
Due to technical reasons, we have temporarily removed commenting from our articles. We hope to have this fixed soon. Thank you for your patience. If you are looking to give feedback on our new site, please send it along to feedback@globeandmail.com. If you want to write a letter to the editor, please forward to letters@globeandmail.com.
Comments