With no bridge, no ferry in the winter months and more than 10 kilometres across the Northumberland Straight to the nearest shore, it’s always been easy to self-isolate on Pictou Island.

About a dozen people call this island, a wooded speck of red dirt in the sea between Nova Scotia and Prince Edward Island, home year-round. The residents of Pictou Island have long been self-reliant and willing to live off the grid, a step removed from the worries of the mainland.

But even people here admit they’re watching the COVID-19 pandemic with concern. It’s broken the peaceful solitude of the place, and caused islanders to worry about visitors who will be coming as the weather warms or cottagers returning after travelling abroad.

“In effect, you’re safer over here, because you have less chances to come into contact with people. But we’re still concerned,” said Al Macdonald, 68, who has been living on Pictou Island with his wife, Nancy, for 39 years.

“You don’t need large numbers of people to spread this disease. If one person comes here and you come into contact with them, that can be it."

The self-isolation that thousands of Canadians are now practicing is a normal way of life for Mr. Macdonald, who hasn’t left the island since November. Each fall, he and his wife stockpile enough canned food, dry goods and toilet paper to last them through the winter.

A Cessna plane delivers fresh food and mail once a week, landing on the island’s only road as long as the weather cooperates. Other than that, there’s little that moves between the mainland and the island in the winter, outside of a fishing boat that can be thrown into action if someone needs to get off in an emergency.

When people get sick here, it’s hard to keep it a secret. Islanders who bring a cough or a cold after visiting the mainland generally know other residents will steer clear until they’re healthy again, Mr. Macdonald said.

“As soon as they get the flu or whatever, it’s not as if they’re shunned by the community, but you avoid them,” he said. “That’s one of the advantages you have in a small community. You know who’s sick and who isn’t.”

Although the island comes alive in summer, solitude is a big part of winter here, especially when big storms sweep in off the Atlantic. Islanders like Mr. Macdonald spend those months working on their homes, cutting wood for their stoves or tinkering on their vehicles. He’s in charge of plowing the island’s road, too, while his wife handles the Canada Post mail service from their house.

Until the early 1960s, the island didn’t have electricity and oil lamps were still the norm. Mr. Macdonald’s house is solar-powered and has wifi. But with all that’s happening in the world, he admits it’s easy to get sucked into the same distractions as everyone else when you’re stuck at home.

“It’s good if you have a project,” he said. “Otherwise you end up spending a lot of time on the laptop.”

How condo and apartment buildings are encouraging social distancing
March 19, 2020 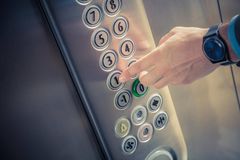 Opinion
To combat the coronavirus, we need a unified message from coast to coast
March 17, 2020 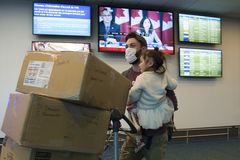