One of the three people who allegedly supplied ammunition to the gunman who murdered 22 people in Nova Scotia last spring has pleaded not guilty to the charge.

A lawyer representing James Banfield entered the plea today in a Halifax-area courtroom.

His three-day trial in Dartmouth provincial court is scheduled to start Jan. 24, 2022.

Banfield was one of three people charged in December with unlawfully transferring ammunition to the killer before the mass killing on April 18-19, 2020.

The same charge was laid against Banfield’s sister, Lisa, who was the spouse of the killer, and her brother-in-law, Brian Brewster.

The offences are alleged to have occurred in the month before the slayings, and the RCMP have said the three “had no prior knowledge of the gunman’s actions.”

Police say the rampage started the night of April 18, 2020, after Gabriel Wortman assaulted Lisa Banfield at their seasonal home in the village of Portapique.

Police have confirmed the killer, who disguised himself as a Mountie and drove a replica RCMP vehicle, was armed with two semi-automatic handguns and two semi-automatic rifles when he subsequently set fires to properties and killed 13 people in the village.

He killed another nine people the following day in several other communities in northern and central Nova Scotia before he was fatally shot by two RCMP officers at a gas station in Enfield, N.S., about 35 kilometres north of Halifax.

The victims included an RCMP officer, two nurses, two correctional officers, a family of three, a teacher and some of his neighbours in Portapique.

Investigators say they determined the ammunition was purchased and trafficked in Nova Scotia.

The provincial and federal governments have established a joint public inquiry to investigate the killings and to produce recommendations aimed at preventing a similar tragedy. 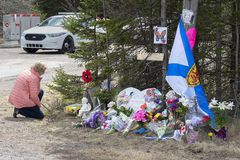 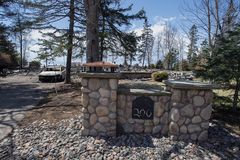