A Harvard scientist whose work has shown that climate change could make food less nutritious will be the inaugural recipient of the Arrell Global Food Innovation research award.

Over the past decade, Sam Myers has tracked the effects of rising CO2 levels on staple food crops such as rice and wheat. His field trials have shown that heightened CO2 significantly reduces the amount of iron, zinc and protein in crops that billions of people around the world rely on – findings that hold major implications about the future of global nutrition and food security.

His research has found, for example, that the estimated CO2 levels expected by 2050 would result in wheat grains with a 9.3-per-cent reduction in zinc concentration. Iron would be reduced by 5.1 per cent, and protein by 6.3 per cent. Those findings were initially published in Nature in 2014.

Iron deficiency is already one of the most common nutritional disorders globally, affecting some two billion people around the world, according to the World Health Organization. Zinc deficiency also affects an estimated one-third of the global population.

According to Dr. Myers’s research, those figures will only be exacerbated by rising CO2 levels. He estimates an additional 130 million to 180 million people could be affected by those same deficiencies by 2050.

Protein loss, too, poses a significant challenge. The question of how to meet protein demands for a global population expected to reach 9.1 billion by 2050 remains an ever-growing issue.

“This is a really unique moment in human history. We need to increase global food production at the steepest rate in our history to keep up with demand,” Dr. Myers said in an interview.

“And at the very same moment, we are fundamentally transforming the biophysical conditions that underpin every aspect of the food system, and at the fastest rate in the history of our species.”

Simply increasingly production to address deficiencies, he said, could lead to more problems. Growing more food would create additional demand for already limited resources such as land and water. And consuming more food would throw out of balance the ratio to calories, resulting in obesity.

The $100,000 prize will be awarded by the Arrell Food Institute at the University of Guelph next month. It was created to recognize innovation and excellence in global food security. A second $100,000 prize, recognizing community impact, will be awarded to Solidaridad, the organization that started the Fairtrade movement.

“Figuring out ways to sustainably and safely and nutritiously feed the Earth’s population is one of the most important challenges of the 21st century,” said Evan Fraser, director of the Arrell Food Institute.

He described Dr. Myers’s work as “cutting edge.” Most of the past research on the effects of climate change on crops has been focused on yield, measuring the effects of rising CO2 on kilograms per hectare.

“We’ve been doing the obvious stuff as scientists for a couple of decades, predicting the effects of kilograms per hectare. But you can’t see grams of protein, you can’t put it on a scale,” Dr. Fraser said.

Dr. Myers’s work, he said, “is shifting the focus from what’s obvious to measure, to what’s important for human health.”

As a trained physician, Dr. Myers found himself increasingly preoccupied with wanting to better understand environmental change and its impact on human health.

In the time since, he’s become a pioneer in a growing area of study called planetary health, which brings together various disciplines including environmental sciences and public health. At Harvard University, he leads a group called the Planetary Health Alliance, which brings together researchers, NGOs and government groups from around the world.

“Right before our eyes, we’re starting to recognize that these transformations of large-scale systems are very directly and immediately threatening the health of large populations of people – millions or billions of people around the world today. And those threats are growing into the future,” he said.

“What seemed like a problem of ‘they’ – or of other species, or future generations – is now a problem for us,” he said. “That’s real.” 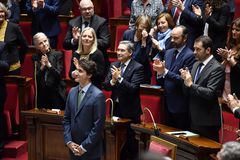 ‘We have to go to carbon-free electricity’: James Hansen on how world leaders can effectively take on climate change
April 18, 2018 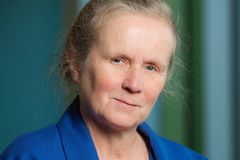