Ontario is fast-tracking COVID-19 vaccinations for the province’s oldest seniors, but the rollout faces more complications as decision makers weigh whether age will be the only factor in a broader immunization campaign.

The choice to include those over 80 in the first phase of Ontario’s vaccine plan comes as health care experts are urging provinces to focus primarily on older populations as more doses become available. They argue that those who face the highest risk of death and serious illness should get the jab first.

The Ontario government on Sunday announced that adults more than 80 years old will now be part of the next “priority” group of vaccinations, which includes staff in retirement homes, adults receiving home care, Indigenous adults and health care workers in lower-risk community settings. This will also include professionals such as chiropractors, optometrists and registered massage therapists.

Nursing-home and retirement-home staff and the highest-risk health care workers, as well as isolated and northern Indigenous communities, are still the government’s immediate priority.

British Columbia, Quebec, Alberta and Saskatchewan have all confirmed that seniors between 70 and 80 years old and older will be next in the vaccine line, after health care workers, long-term care residents and other priority groups. B.C. has said it will start mass-immunization clinics next month, beginning with those over 80.

After nursing homes, health care workers and isolated communities, Quebec plans to go by age down to 60 years old, before switching to younger people with chronic disease and health problems. Essential workers will come next before the rest of the adult population.

Dirk Huyer, the co-ordinator of Ontario’s outbreak response who sits on the vaccine-distribution task force, said the province decided to include adults over 80 in the first phase of its vaccine plan because the risk of death and serious illness is greatest. It’s still unclear exactly when they will begin getting shots, Dr. Huyer said, because it depends on consistent supply from Ottawa. However, he said the government will begin communicating its plans soon.

When it comes to a broader rollout, there are other factors – including at-risk populations, those with underlying health conditions and frontline workers – that will also be considered, Dr. Huyer said.

Along with those between 60 and 80 years old, the second phase of Ontario’s vaccine program prioritizes Black and racialized communities who are disproportionately affected by the coronavirus. It also focuses on those with high-risk medical conditions, essential employees such as teachers, those in the food industry and construction workers.

“How we deliver through to those populations is the work that we’re doing right now,” Dr. Huyer said.

“If we had overwhelming large amounts of vaccine, then age might be the way to do it because you may then get to all of those communities and those other risk areas as quickly. But you have to think about all of the different risk factors as opposed to age being the only one.”

Nathan Stall, a geriatrician at Mount Sinai Hospital in Toronto, co-authored a report for Ontario’s science table about Israel’s successful vaccine rollout that focused primarily on age. He said he’s concerned that older adults will be more difficult to reach and slower to receive their vaccinations than others on the list.

With more COVID-19 variants being reported, he said vaccinations aren’t going to prevent a third wave of the virus.

“I think we should be prioritizing the vaccines for who is most likely to die in this third wave,” he said.

“The ultimate goal of a vaccination program should be reducing illness and death related to COVID-19, and unquestionably … age is the greatest risk factor in COVID-19 hospitalization and death,” Dr. Stall said, citing 96 per cent of pandemic deaths among those older than 60.

The National Advisory Committee on Immunization (NACI), an expert group that advises the Public Health Agency of Canada, is expected to release an update to its prioritization guidelines this week outlining who should be next in the vaccine queue. The body has already recommended that adults older than 80, followed by those over 70, should be among the first to receive their shots.

Beate Sander, Canada Research Chair in economics of infectious diseases and a member of the committee, said the focus is on tackling the population with the highest risk of hospital admissions and deaths.

“It’s just so crystal clear that age is the major risk factor. That makes it in a way a little bit, almost easier, to kind of just say, ‘Ok we start with the oldest age group and we just keep going down,’” said Dr. Sander, a scientist at University Health Network in Toronto, who said she was speaking in her professional capacity, not on behalf of the advisory committee.

“Age is not the only factor we should be looking at … but it’s really, really tough if we don’t have enough for everyone at the same time,” she said.

Ottawa in talks with Canadian Forces to help with border testing sites
February 12, 2021 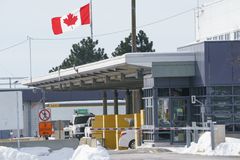 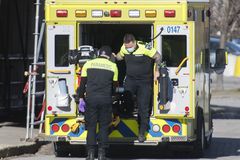