Ontario’s child-care centres will be receiving about 3 per cent of a major influx of cash from the federal government meant to help cope with the fallout from the COVID-19 pandemic, the province’s Premier said Friday.

Doug Ford said $234.6-million would start flowing to licensed daycare providers, First Nations Child and Family Programs and other child-care operators in the coming weeks. The money comes as part of the Safe Restart Agreement, a $19-billion deal between Ottawa and the provinces and territories, of which Ontario will receive $7-billion.

Mr. Ford said the money will be used to allow the province to provide face coverings for staff in child-care settings, hire new employees if needed and otherwise bolster cleaning and public-health protocols.

Education Minister Stephen Lecce, who oversees the province’s child-care portfolio, said the money could also be used to retrofit school-based daycare locations to make them safer, as well as offset revenue losses from the months when child-care centres were closed or operating at a limited capacity.

“It can be used … to make up those dollars, to really help those operators get through the worst of it,” Mr. Lecce said.

He said the money would flow in “short order,” but did not provide a specific date.

Ontario’s child-care centres, shuttered during the early days of the COVID-19 outbreak, have been gradually ramping up operations since June, when the province began moving regions into Stage 2 of its pandemic recovery plan.

The government has said that daycares have the green light to operate at 100-per-cent capacity once again as of Sept. 1.

Child-care providers have previously said they were not receiving promised funding on time, leaving staff either unable to open their facilities or to safely care for as many children as they wished.

Andrea Hannen, executive director of the Association of Day Care Operators of Ontario, said that’s still the case in many areas across the province.

She blamed the bottleneck on municipalities, who are responsible for distributing child-care funding under the terms of the provincial Child Care and Early Years Act.

“We need the province to investigate why it is taking some municipalities so long to provide child-care licensees with the provincial funding they have been promised,” Mr. Hannen said in a statement.

“Without this funding, a lot of licensed child-care centres are likely to remain closed even once schools have reopened. Some municipalities started flowing the promised funds weeks ago, others are still telling centres that it won’t be paid out until at least September.”

That simply isn’t good enough, according to the minister of families, children and social development.

Ahmed Hussen called for greater collaboration between all levels of government to ensure that the sector can play its intended role as a vital part of the country’s economic recovery plan.

“It’s not a luxury, it’s a necessity,” Mr. Hussen said. “We’re doing everything that we can to actually exercise federal leadership, but provinces and municipalities also have to work with us to make sure that we all prioritize the sector.”

Mr. Hussen said Ontario is receiving a large proportion of the child-care funding allocated under the Safe Restart Agreement, which earmarked $625-million for such settings across the country.

He said the federal government is also in the process of renegotiating Ontario’s share of a $400-million, bilateral contract to support child-care centres across the country. Details of Ontario’s funding allocation, he said, should be finalized in the coming days.

Doly Begum, child-care critic for the provincial opposition New Democrats, said the Ontario government should do its part by matching the newly announced funds from Ottawa.

“The federal contribution to reopening Ontario’s child-care centres is simply not enough to support the thousands of centres across Ontario struggling to reopen safely,” Begum said in a statement. “The Ford government must pitch in and … bring that funding up to a level that helps centres hire more early childhood educators, get additional spaces in place and ensure cohorts are smaller and safer.”

The latest announcement came as Ontario recorded its fifth straight day of fewer than 100 new COVID-19 cases. The province reported 88 new cases and no new deaths associated with the virus Friday morning. 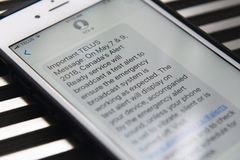 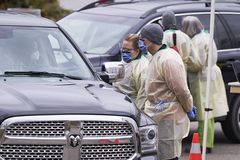 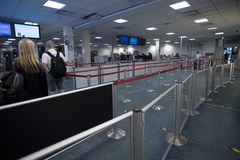