Premier Doug Ford ran on a promise to balance the province’s books. His government’s budget, the first for Ontario’s Progressive Conservatives in 15 years, does chart a path to balance, but it will not come until after the next election. That’s only one year earlier than the Liberals’ projections during their budget last year.

The province plans to balance the budget by the 2023-24 fiscal year, largely by holding back on spending and letting tax revenue and GDP growth make up the gap. In the meantime, the government will run a series of gradually smaller deficits, starting with $9.3-billion in the coming fiscal year.

Specifically, Ontario will limit program-spending growth to 1 per cent annually until 2024. (By comparison, the Liberals planned to increase spending 6.1 per cent this year if re-elected.)

The budget also lays out a path to slowly reducing the province’s debt-to-GDP ratio, one of the highest in Canada. By 2024, the budget pegs the debt-to-GDP ratio will be at 38.6 per cent, compared with the current 40.2 per cent.

The government is also introducing a “Premier and Minister’s Accountability Guarantee,” which would trim the Premier and Finance Minister’s salaries by 10 per cent if fiscal reporting deadlines are missed.

The budget announces new regulations for alcohol consumption and plans to expand the gambling industry.

The government is extending service at licensed establishments to a 9 a.m. start and allowing municipalities to legalize consumption in designated public areas, such as parks. Advertising rules that banned the use of “happy hour” are also being axed, in addition to legalizing tailgate parties. The government has already vowed to bring alcohol to corner stores and allow cheaper beer.

On gambling, the government wants to legalize single-event sports wagering with help from the federal government, and the budget notes the province intends to legalize online gambling, a market estimated at $500-million a year in Ontario, according to the Ministry of Finance.

The budget also has new details on how the government will prequalify operators looking to open retail cannabis stores. It notes the criteria could include such things as the payment of a fee, submission of financial information and corporate structure, criminal and other background checks, and information on ownership interests in cannabis stores.

The government plans to create a minister’s task force on school boards to find efficiencies in how the four publicly funded systems operate. This comes amid speculation in the education sector of consolidations among the 72 school districts in the province.

The government also said it would amend the Education Act to remove the rights of school boards to have in-year deficits, unless approved by the minister of education, and create a regulation allowing for more flexibility in what measures the government can take in dealing with school districts.

It plans to continue to spend $1.4-billion in school repairs in the coming school year. School boards and parent groups have said this is not nearly enough to deal with the backlog of repairs and it allows school staff to tackle only immediate concerns.

The government reiterated its plans to implement a four-year math strategy that would include a new curriculum that moves away from “discovery math” and teaches students standard algorithms and fundamentals. It will also look to implement a “better approach” to standardized testing and spend $500,000 over three years for students to participate in activities, including introducing more cricket.

The provincial government is planning a significant change to how it funds public universities and colleges, linking more than half of their operating grants to performance outcomes.

Universities and college receive about $5-billion in operating grants from the government and only a small proportion – 1.4 per cent for universities and 1.2 per cent of colleges – is tied to performance outcomes, which includes employment and graduation rates.

It is not clear in the budget what the performance metrics would include. The current operating-grant agreements expire next March and the first year of new agreements will tie 25 per cent of funding to performance outcomes, with the proportion increasing annually by increments of 10 per cent for three years and 5 per cent in the last year.

The government is proposing to introduce amendments to the Ministry of Training, Colleges and Universities Act that would create a “more sustainable postsecondary sector and employee renewal.” The budget said the average retirement age of faculty has been increasing and these employees are drawing salary and pension payments at the same time while limiting turnover that would bring in professionals with new teaching methods and increase diversity.

The government also said it would create an expert panel that will look at maximizing commercialization opportunities related to the postsecondary sector.

The government is slashing the number of Public Health Units in the province to 10 from 35, a move that is expected to save $200-million a year.

Collapsing the existing public health units – which track vaccinations, guard against infectious diseases and promote healthy living – into 10 regional bodies by 2020-21 is the latest move by Ontario’s government to centralize the $63.5-billion health-care system.

The government is accelerating its plan to reduce hallway health care by opening 15,000 new long-term care beds in five years instead of the previously promised 10 years and by redeveloping another 15,000 existing beds.

The budget also promised dental care to low-income seniors at an eventual cost of $90-million a year. And the government intends to save $350-million a year through the previously announced creation of a single super agency that will replace six existing agencies and 14 Local Health Integration Networks.

Over all, the government plans to cut slightly more than $1-billion annually in behind-the-scenes health spending, reductions it says will not hurt front-line care. 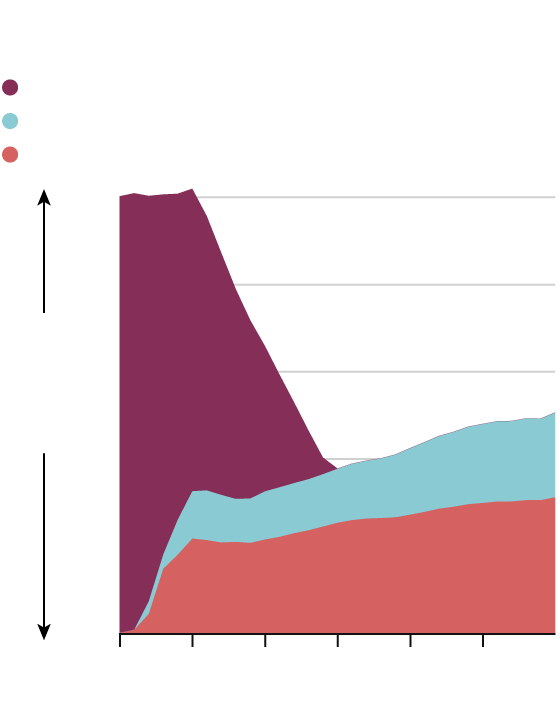 How the CARE tax credit works, 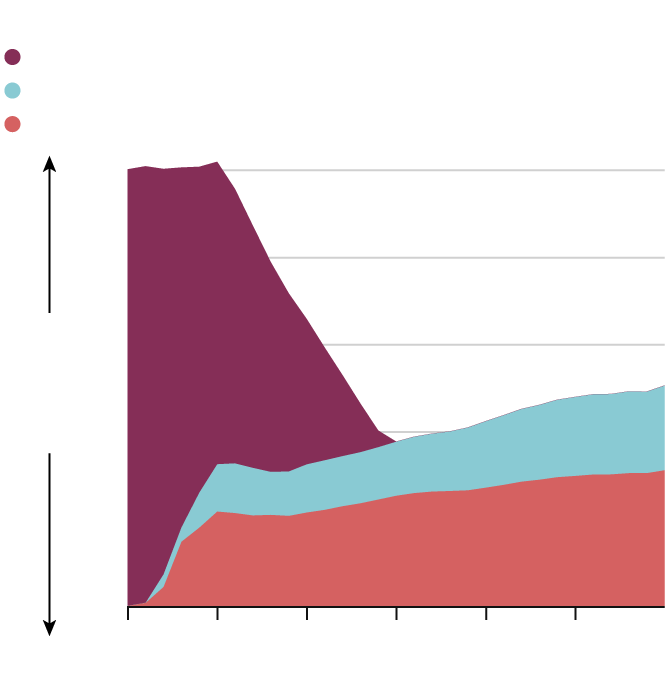 How the CARE tax credit works, by family income 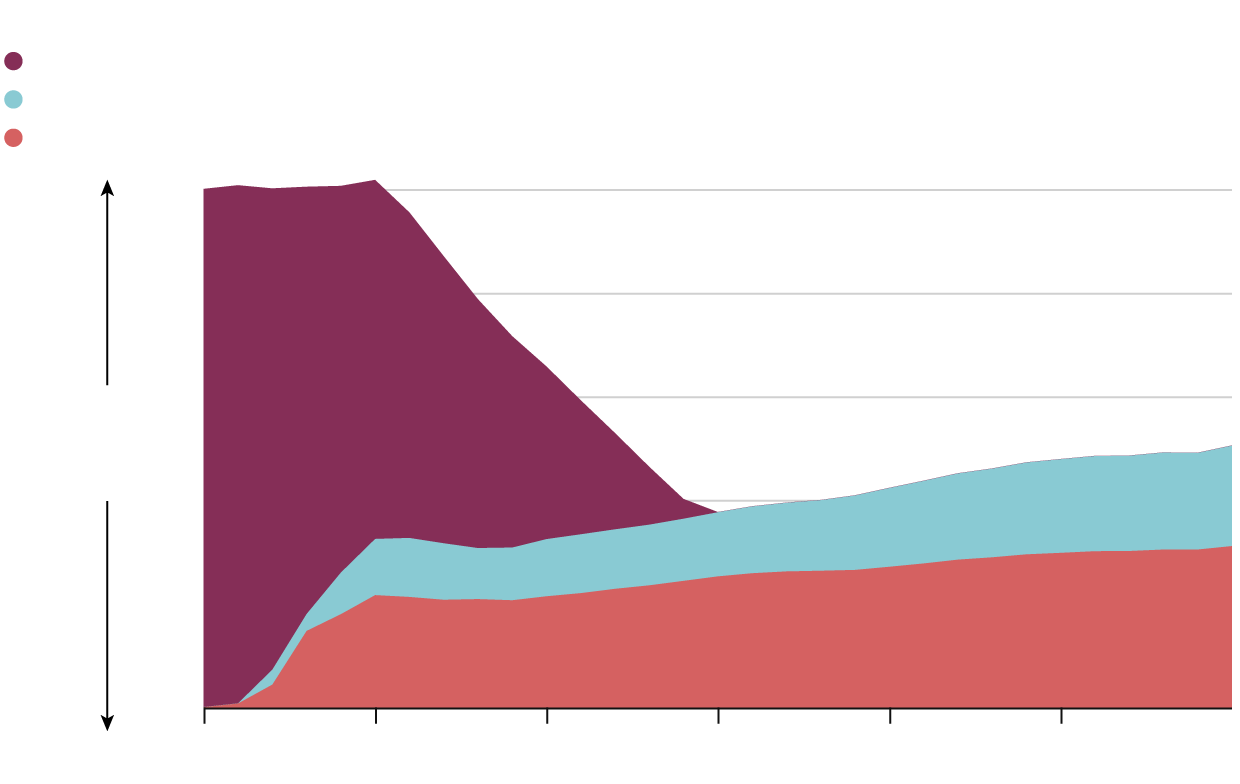 How the CARE tax credit works, by family income

The budget includes a version of the Progressive Conservatives’ campaign pledge to create a tax credit for daycare costs of up to $6,000 a year for each child under the age of 7, and up to $3,750 for children under 16. The credits will cost the government about $390-million a year.

Low-income families would get more of the money, the government says, but those with household incomes of up to $150,000 would still be eligible. For example, a couple with two children aged 5 and 8 and with one parent making $70,000 and the other $50,000 would receive $2,210 annually from the new credit. The plan also leaves existing provincial child-care expense tax deductions in place.

The budget outlines what it calls a “transformational multiyear strategy” for auto insurance that it says will lower costs and “give control back to drivers.” It promises more flexibility for insurance companies, making it easier to offer drivers discounts or pay-as-you-go insurance. The claims process would be streamlined, the government says. The changes would also return to the default benefit limit of $2-million for those who are catastrophically injured in a crash, reversing the move in 2016 to reduce the limit to $1-million.

The budget trumpets this week’s announcement of a multibillion-dollar transit plan for Toronto, which proposes major changes to the city’s existing plans. These include rerouting a planned subway line to the provincial government’s defunct Ontario Place amusement park, which it plans to redevelop, and adding two stops to a subway extension in Toronto’s east-end Scarborough suburb.

While confirming spending on light-rail systems in Ottawa and Hamilton, the budget also claws back some promised funding for municipalities. The government says it will not go ahead with the previous government’s plan to boost the share of provincial gas taxes for cities, a move that would cost the city of Toronto millions promised by the Liberals when they quashed Mayor John Tory’s toll-road plan.

The government is in the midst of negotiating with the city of Toronto on its plan to “upload” part or all of the subway system and appears to have drafted a backup plan if talks deteriorate. On the budget’s last page, the government says it will amend legislation to allow it to appoint inspectors to examine or audit any infrastructure assets owned by the city or the Toronto Transit Commission.

The government has also shelved funding for a high-speed rail line from southwestern Ontario to Toronto, which the previous Liberal government announced with some fanfare.