Ontario Attorney-General Doug Downey is moving ahead with changes to the way the province appoints judges and justices of the peace, generating praise in some parts of the legal community, but raising concerns about the potential for political interference.

Mr. Downey announced the changes on Thursday, backing off some of the more controversial proposals the Progressive Conservative government had initially floated, such as the idea of having the committee that reviews candidates for judicial appointments reconsider those it initially deemed not qualified.

But he is forging ahead with changes that would increase to six from two the number of candidates for an appointment the committee sends to the attorney-general, and require the committee to include a list of all the candidates it considered eligible. The new measures would also give the government final approval on all but three of the committee’s members.

In an interview with The Globe and Mail, Mr. Downey said the proposed changes are meant to address delays in the justice system by speeding up the appointment process, and lead to more transparency in judicial selections and more diversity in courts.

Mr. Downey said the changes are an update to a system he called a “gold standard."

“Everything that we did, all the way through, was making sure that we maintained that integrity,” he said.

The draft proposals, released on Thursday, will be put forward in legislation, Mr. Downey said. He would not say when, but that he wants to move “as fast as possible.”

Colin Stevenson, president of the Ontario Bar Association (OBA), said he agreed with the government’s objective to make the bench more diverse. The province had consulted widely with law organizations and others on the updates. The OBA had raised concerns about the committee’s independence. “The OBA is happy that the Attorney-General has listened to issues that we had with the initial proposals,” he said.

The Law Society of Ontario praised Mr. Downey’s “demonstrated commitment to consultation,” and said it supports a system “that is effective and transparent and results in the appointment of diverse and qualified candidates.”

But Hamilton civil-litigation lawyer Mike Winward, chair of the Federation of Ontario Law Associations (FOLA), said providing an expanded list of recommended candidates to the attorney-general could be problematic.

“The longer the list a minister gets … the higher likelihood that there is going to be some political interference or political patronage,” he said.

Peter Russell, the professor emeritus of political science at the University of Toronto, who designed the current process, adopted in the late 1980s, agreed. “My suspicion is the longer the list, the more opportunity they have to satisfy the members of their caucus and other members of their party who want to have a chance to get their friends appointed," he said.

Ontario names judges and justices of the peace to the Ontario Court of Justice, which handles criminal matters, traffic tickets, bail and offences under provincial acts.

The committee would now also provide its full list of candidates it classified as recommended or highly recommended. Some in the legal community said they feared the government could use this to find someone who agrees with its political views.

Mr. Downey said the qualifications to become a judge or justice of the peace will not change, and he will still not be able to see who the committee deems not recommended.

Asked how he would ensure independence of the judiciary, Mr. Downey said, “Ultimately, I’m accountable to the legislature for acting with integrity."

The changes would also cut the Justices of the Peace appointments advisory committee from 63 to 38 members, making it more efficient, Mr. Downey said.

Currently, three professional law groups directly name one lawyer each to the judicial appointments committee. Under the new system, the attorney-general would have to approve their choices. Currently, the attorney-general appoints seven of the 13 members. Two of the remaining three are named by the chief justice of the Ontario Court of Justice and the last is a member of the Ontario Judicial Council.

Mr. Winward of FOLA, one of the groups that currently appoints a lawyer to the committee, said the move would allow the government to exert further control. “I get uncomfortable if you are creating an architecture that can be gamed by somebody in the future,” he said.

NDP Leader Andrea Horwath said at Queen’s Park that she didn’t understand why the government was making the changes in the first place. “Why fix something that’s not broken?” she said. “I don’t think many people do trust the motivations of this Ford government.” 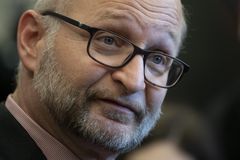