A judge is being accused of lying to a disciplinary body, and faces the possibility of being fired.

Ontario Court Justice Donald McLeod, who was cleared of misconduct after a public hearing two years ago, will have to appear before a second hearing of the Ontario Judicial Council this summer.

At the heart of the first hearing was Justice McLeod’s role with a black-community organization he helped launch. The Federation of Black Canadians (FBC), established in 2016, lobbies government and seeks funding. Judicial codes of conduct instruct judges to stay clear of politics and fundraising.

The second hearing will focus on whether the judge told the truth at his first hearing, and on whether in continuing certain activities with the organization he violated the ruling that cleared him.

Justice McLeod says he is innocent and abided by that ruling’s terms, including its recognition of his dual obligation to the law and to his community. He accuses the judicial council of failing to investigate thoroughly.

“The evidence supporting the allegations against Justice McLeod is based on claims by individuals who were not direct witnesses to the events in question,” his lawyer, Frank Addario, who filed a character reference for Justice McLeod at his first hearing, wrote in a formal response to the charges. “Where the evidence is accurate, it does not establish judicial misconduct.”

The charges, made public Wednesday, are based on allegations raised in a blog last year written by Desmond Cole, a prominent activist and author in the black community. The name of the complainant is redacted on a document released by the council.

The council alleges Justice McLeod misled it twice at the first hearing, and in both his written statement of facts and his testimony:

The council also accuses Justice McLeod of attending political events such as the National Black Canadians Summit in Ottawa, attended by government ministers, where he gave a speech last winter and of using his position of authority improperly in counselling youth delegates who had experienced a possible racist incident on Parliament Hill.

Mr. Addario’s reply document alleges the council spoke to no one with first-hand knowledge of the meeting with Mr. Hussen, adding that at no time did Justice McLeod engage in politics or fundraising. He said his speech was autobiographical, not political, and he did not pressure or intimidate the youth delegates.

Justice McLeod, who was raised by a single mother in public housing projects in Toronto, is suspended but is still receiving his salary of more than $290,000. He has not sat since Aug. 8, 2019. He was appointed by the provincial Liberals in 2013, and sits in Brampton. In an interview with The Globe and Mail in 2014, he said judges do not need to be remote figures. He launched a fund in support of a summer school for black boys aged 12 and 13, in need of remedial help. He was a leader of Stand Up, bringing black men to speak to groups of boys (of any race) in Grade 7 and 8. “It was time for us as a community of black men to put our money where our mouth is,” he said then.

Mr. Cole is the author of The Skin We’re In: A Year of Black Resistance and Power, published by Penguin Random House Canada. An article he wrote in Toronto Life magazine in 2015 on his experiences with police helped put the issue of carding or street checks on the public agenda. He did not respond to The Globe’s attempts to contact him.

An all-white four-member panel will hold five days of hearings into the allegations, beginning July 27. The panel will be chaired by Justice Janet Simmons of the Ontario Court of Appeal; Malcolm Mercer, the treasurer of the province’s Law Society; Justice Michael Epstein of the Ontario Court; and a lay member, Victor Royce, president and CEO of Rolex Canada.

Possible penalties range from a warning or reprimand to a recommendation to the province’s Attorney-General for dismissal.

The judicial council said in its ruling on the first complaint that Justice McLeod had engaged in political lobbying incompatible with being a judge. But it dismissed the complaint because it found he did not harm the public’s confidence either in the justice system or in himself personally, partly because he had undertaken a good-faith effort to improve life for a disadvantaged community. 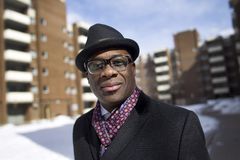