The federal and Ontario governments are set to square off in the province’s top court this week over Ottawa’s climate change law in a fight experts say is as much political and ideological as it is legal.

At issue is the validity of Liberal government legislation that kicked in on April 1 and imposed a charge on gasoline and other fossil fuels as well as on industrial polluters. The law applies in those provinces that have no carbon-pricing regime of their own that meets national standards.

Ontario’s Progressive Conservative government under Premier Doug Ford – supported by like-minded premiers in Manitoba, Saskatchewan and New Brunswick – has denounced the Greenhouse Gas Pollution Pricing Act as an illegal tax grab that will force up the price of gasoline and heating fuel.

Like Saskatchewan did recently – a decision there is pending – the Ontario government is asking its Court of Appeal to decide whether the federal law is constitutional.

Carissima Mathen, a law professor at the University of Ottawa who has written a book on cases in which governments refer issues to higher courts, said Mr. Ford is trying to position himself as defending Ontarians from an overreaching central authority.

“References are as often pursued for political ends as they are for legal ones,” Prof. Mathen said. “This is definitely a case where the province is using its power to ask the courts for advice in a way that really allows it to frame a particular message.”

The intricate legal arguments, set against the backdrop of what many scientists say is one of the most urgent issues of our time, global warming, are arcane. They turn on interpretation of the Constitution Act of 1867, and its division of powers between the federal and provincial governments.

In essence, Ontario argues Ottawa is intruding on provincial jurisdiction by trying to regulate the “nearly limitless swath of human activity” that produces climate-changing pollution.

“The provinces are capable of regulating greenhouse gas emissions themselves,” Ontario argues in its court filings. “There is no need to expand the scope of federal jurisdiction to impose a one-size-fits-all federal carbon price.”

For its part, the federal government insists it is responding appropriately to an issue of national concern – climate change. The legislation, the government says, aims to “fill in the gaps” where provincial measures aren’t up to snuff.

Putting a price on carbon, Ottawa asserts, is widely recognized as an “effective and essential measure” to encourage behavioural changes needed to reduce global-warming emissions. The money raised from what it characterizes as a legitimate fee will flow back to the jurisdiction where it was collected, Ottawa says.

Ontario, however, insists the scheme enacted under Liberal Prime Minister Justin Trudeau is an unconstitutional tax grab – even if Ottawa does have the authority to tackle the 33 pollutants currently covered under the act.

David Estrin, a veteran environmental law specialist at Osgoode Hall Law School, said Mr. Ford is using judges as a “political gambit.” The federal law, he said, applies in Ontario only because Mr. Ford scrapped the provincial carbon strategy that was in place under the previous government, launched the court challenge, and now seeks to impose what amounts to his own levy on big polluters.

The four-day hearing before a five-judge panel, available via livestream, will also hear from a plethora of interveners. They include provinces such as Saskatchewan and British Columbia, Alberta Conservatives, Indigenous organizations that point out they are acutely vulnerable to global warming, as well as business and environmental groups.

Within this assortment of parties, there is one area of remarkable agreement: Human-induced climate change must be addressed.

“Global climate change is an urgent threat to humanity,” the federal government says in its filing. The view is echoed by Ontario, which “agrees with Canada that climate change is real and that human activities are a major cause,” while New Brunswick says: “This reference should not be a forum for those who deny climate change.” 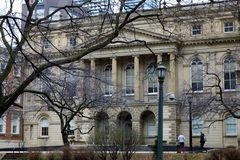 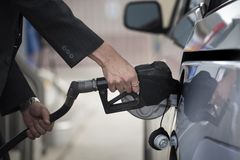 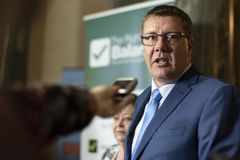