Nearly 3,000 more bodies than usual were cremated in Ontario during the height of the first wave of COVID-19, according to coroner’s office data that provide the first glimpse into how the pandemic has affected overall mortality in Canada’s most populous province.

Ontario coroners authorized 2,941 more cremations in April and May of this year than they did, on average, during the same months in the previous three years. Of those additional cremations, about half – 1,460 – were recorded as COVID-19 deaths, according to the Office of the Chief Coroner.

The rest of the extra cremations could reflect the underreporting of coronavirus deaths, an increase in deaths among people who couldn’t access medical care during the lockdown and a preference for cremation at a time when funerals were curtailed, said Dirk Huyer, Ontario’s chief coroner.

“Those things are all difficult to tease out,” he said. “And that’s really the challenge.”

Ontario’s cremation data, provided in response to a request from The Globe and Mail, help fill a void created by the province’s inability to provide Statistics Canada with the information it would need to estimate excess mortality during the pandemic.

The statistical agency has published such estimates for every jurisdiction expect Yukon and Ontario.

As SARS-CoV-2, the virus that causes COVID-19, has swept around the globe, epidemiologists have looked to excess mortality figures to better understand the virus’s toll. If deaths are substantially higher than in recent years – and if the increase is higher than official COVID-19 data show – there is a good chance that some coronavirus deaths are being missed.

In Ontario’s case, Dr. Huyer attributed the holdup in excess mortality figures to the province’s continued reliance on a paper-based system for registering deaths. Cremations, which require prior authorization from a coroner and generally follow about three-quarters of all the province’s deaths, are recorded electronically.

“So it’s a pretty good proxy, or a pretty good view, into what is occurring across the province as far as death goes,” Dr. Huyer added.

As the province’s coronavirus epidemic gathered steam in March, an additional 517 cremations were recorded above the average number of cremations in the same month in 2017, 2018 and 2019.

Prabhat Jha, a professor of global health at the University of Toronto and director of the Centre for Global Health Research at St. Michael's Hospital, said the cremation data hint at an undercounting of coronavirus deaths in Ontario, especially among seniors.

“It suggests, like we’ve found in other settings, that in fact the true toll of the virus was probably something like 30-to-40 per cent greater than the official recorded numbers,” Dr. Jha said. “That’s now been shown consistently in the [United Kingdom], in New York [and] in Quebec, where there were some reports of excess mortality, not excess cremations.”

In Statistics Canada’s most recent report on provisional death counts and excess mortality, which was released June 19 and covered the first four months of the year, the agency noted that deaths were up in British Columbia, Alberta and Quebec since the start of the pandemic.

The other eight provinces and territories that provided information to Statistics Canada recorded total deaths roughly in line with previous years.

Ontario’s cremation data for the first five months of the year also reveal an uptick in cremations among people who died under the age of 44, a demographic much less likely than the elderly to succumb to COVID-19.

“Is that representative of a greater number of toxicity-related deaths from substance use?” Dr. Huyer asked. “Is it related to other challenges that may occur with isolation or mental-health issues? Is it related to cardiac disease that hasn’t been evaluated or treated? I don’t think we know.”

Raywat Deonandan, an epidemiologist at the University of Ottawa, said Ontario’s cremation statistics and other efforts to count excess deaths are an important counterweight to incorrect claims that COVID-19 deaths are actually being overcounted, rather than undercounted. 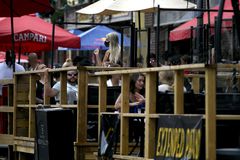 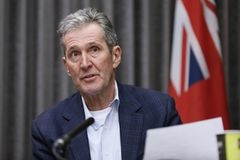 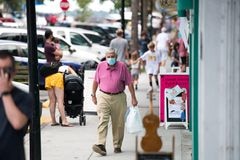