Caroline AlphonsoEducation Reporter
Published May 19, 2021 Updated May 19, 2021
Comments
Text Size
Please log in to listen to this story. Also available in French and Mandarin. Log In Create Free Account

Educators in Ontario are concerned that the government is delaying the release of a new Grade 9 math curriculum that would be considered a first step in challenging the streaming of high-school students in the province.

The government announced last summer that it planned to end the practice of separating students when they entered high school into an academic or applied track. Math in Grade 9 would be the first subject to be destreamed for the coming school year.

Ontario is the only province that divides students as they enter high school into the hands-on applied stream or an academic track that sets them on the path for postsecondary studies. Research shows that students from low-income families, Black students, those with Indigenous backgrounds or those with special needs are more likely to be enrolled in the applied stream and are 4½ times more likely not to earn a high-school diploma.

Tony Pontes, executive director of the Council of Ontario Directors of Education, said on Tuesday that he was told by Ministry of Education officials that they had completed work on the new curriculum, but it was sitting with Education Minister Stephen Lecce’s office.

With fewer than six weeks left in the school year, Mr. Pontes worries that boards will not have enough time to look over the curriculum and then train teachers on how to apply it in their classrooms in September.

He said that his organization first raised the issue on releasing the curriculum with the government in February, and then again in March, only be told it would happen in a few weeks.

“This delay puts the successful implementation of the curriculum in jeopardy,” Mr. Pontes said.

Caitlin Clark, a spokeswoman for Mr. Lecce, did not provide a specific timeline for the release of the curriculum.

“We will release the modernized curriculum that emphasizes job and life skills in the near future,” Ms. Clark said in a statement on Tuesday.

The province released an updated elementary school curriculum last year, but that was only done in late June, which meant teachers didn’t have enough time to prepare for the current academic year, said Jason To, the co-ordinator of secondary math at the Toronto District School Board. He fears the Grade 9 math curriculum will have a similar rollout.

“Teachers want to do what’s best for their students and that means knowing what they’re supposed to be teaching them as soon as possible,” Mr. To said.

In recent years, his board took the initiative to phase out streaming for grades 9 and 10 students.

Mr. To said the vague timeline from the government on the release of the curriculum puts educators in a difficult position as to what they can incorporate in their classrooms in the fall.

“We’re missing an opportunity right now for staff to get together and collaborate and to really unpack what this curriculum would be and could be for our classes in September,” Mr. To said. 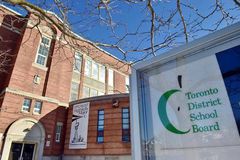 May 9: ‘Fully reopen schools for families who want their kids back in class.’ Back to school? Plus other letters to the editor
May 9, 2021
Experts say Alberta’s coding curriculum welcome, but it won’t compute without investing in tech
Subscriber content
June 9, 2021 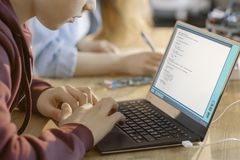