Ontario laid out its plan Wednesday to administer the first dose of the COVID-19 vaccine in all nursing and high-risk retirement homes by the middle of next month as it works to boost its immunization capacity.

The Ford government said it is stepping up immunizations in long-term care homes now that it has protocols in place to safely transport the Pfizer-BioNTech vaccine, which has strict storage requirements.

The plan builds on an earlier promise to give the COVID-19 vaccine to long-term care facilities in hot spots by Jan. 21.

Mr. Ford also said the federal government had once again offered the support of the military, which was sent to help the hard-hit long-term care sector during the first wave of the pandemic. His office later clarified, however, that the prime minister made a broad offer of support.

The Premier’s office added that the province has requested and is currently receiving help in the form of military field hospitals, military logistics advisers to bolster the vaccine rollout, and Red Cross teams in a selection of long-term care facilities.

Long-term care has borne the brunt of the pandemic, accounting for more than 3,000 of the province’s more than 5,000 deaths from COVID-19.

The province reported 74 more deaths from the virus on Wednesday and 2,961 new infections. It also said more than 11,000 vaccines have been administered since its previous daily report.

An order requiring Ontario residents to stay home except for essential activities was set to take effect at midnight, one of several measures the government announced Tuesday as new projections showed its health care system is on the brink of being overwhelmed.

Meanwhile, the Ontario Medical Association, which represents more than 43,000 physicians, laid out several recommendations it said would help improve the health of long-term care residents and workers now.

In a virtual panel Wednesday, the association called on the province to speed up its vaccination efforts in the homes.

“I don’t think any of us can say we are moving quickly enough,” said Hugh Boyd, a medical director of two long-term care homes in Hamilton and Guelph, Ont.

The association also said there is far too much paperwork and bureaucracy involved when an outside doctor or nurse tries to go into the homes, and called on the province to reduce red tape.

In Quebec, where officials have implemented a curfew in an effort to reduce the strain on health care, 2,071 new cases of COVID-19 were recorded Wednesday. Thirty-five more deaths were also reported.

Saskatchewan reported 247 new infections Wednesday and two more deaths related to the virus. The province said 205 people are in hospital as a result of COVID-19, with 36 in intensive care.

An additional 155 COVID-19 cases and five deaths were reported in Manitoba, which has seen its daily number of new infections trend downward.

In B.C., officials said 63,430 people have received a COVID-19 vaccine so far and work is underway to align the available supply with risk levels. The province reported 519 new cases of COVID-19 and 12 deaths on Wednesday.

Out east, Nova Scotia recorded eight new cases of COVID-19, for a total of 30 active cases at this time. New Brunswick reported 19 new cases and another death – the third at the Parkland Saint John Tucker Hall long-term care facility in Saint John.

Meanwhile, seven residents of a Montreal long-term care home who received a first dose of the Pfizer-BioNTech vaccine tested positive for the virus.

A notice sent Tuesday to patients at the Maimonides Geriatric Centre noted residents were infected in the first 28 days after they received the first of two vaccine doses.

The province has decided to delay doling out second doses in favour of administering a first dose to as many people as possible – a strategy acknowledged this week by the country’s panel of vaccine experts.

The National Advisory Committee on Immunization said briefly delaying the second dose of a vaccine could allow more people to get a first dose sooner, though it stresses efforts should be made to follow the recommended schedules for administering the shots.

Prime Minister Justin Trudeau said Tuesday that Canada has secured enough of the Pfizer-BioNTech and Moderna vaccines to immunize every Canadian who wants it by fall, but most won’t arrive until spring and summer.

With reports from Liam Casey in Toronto 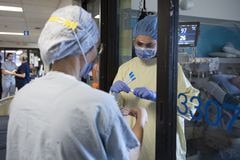 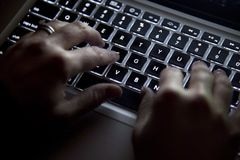 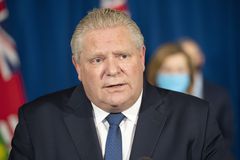