The Ontario government’s economic update on Wednesday will focus on boosting health-care resources amid the COVID-19 crisis, as Premier Doug Ford said he is pushing Ottawa to send more money to people who have lost income as a result of the pandemic.

After postponing plans to table a spring budget due to the volatility of the economy, Ontario is set to release a shorter economic statement on Wednesday that will offer a fiscal snapshot.

Finance Minister Rod Phillips said the update will look “realistically” at the province’s fiscal state, while responding to urgent needs in the health-care system as it navigates the impacts of COVID-19. The document is expected to commit additional funding to public-health units, long-term care homes and for First Nations, as well as for personal protective equipment required by doctors and hospitals to treat people who have fallen ill.

Mr. Phillips said the document is the “first step" in the government’s plan to respond to the health crisis, and will also offer support for businesses.

“There will obviously be a significant focus on the response to COVID-19 and the health-care components of that," Mr. Phillips said Tuesday at Queen’s Park.

“What we won’t be doing ... is providing any multi-year projections, and of course that’s because it would be impossible to do so at this time. But we’ll do that hopefully when the dust is cleared.”

Mr. Phillips, who expects a full provincial budget to be released in November, said the update is important to ensure that municipalities, hospitals and school boards have certainty on funding transfers for the next fiscal year. The document is also expected to focus on targeted measures to help lower costs for households, such as the recently announced plan to lower hydro rates, as well as programs that help people most in need.

Mr. Phillips will present his plan as a bill in the Ontario legislature on Wednesday, which will meet for an expedited sitting with fewer members seated apart in an effort to practice physical distance. The House is set to resume again on April 14.

He said he brought up Ottawa’s economic stimulus package – totalling $82-billion for workers and businesses – during a phone call this week between the premiers and Prime Minister Justin Trudeau.

“I was pushing hard to make sure we increase the funds that would be going to individuals," Mr. Ford said, adding that he believes Mr. Trudeau and Deputy Prime Minister Chrystia Freeland are “doing a great job" handling the crisis.

Mr. Trudeau has said the economic measures announced so far are only a “first step,” and it will take months to navigate the impacts.

In the province’s economic statement released last fall, Mr. Phillips projected a deficit of $9-billion for 2019-20.

That was $1.3-billion lower than the $10.3-billion predicted in last April’s budget, a result credited to restrained spending in many areas, increased revenue from corporate and personal income taxes and lower interest costs on the province’s massive debt.

NDP Leader Andrea Horwath said this week the Progressive Conservative government’s economic statement needs to include more and faster aid for Ontarians who have lost jobs or income in the crisis.

In addition to previously announced measures from Ottawa and Queen’s Park totalling $300-million, Ms. Horwath said the Ontario government should offer $2,000 cheques for every household that has lost income – and do it now, before rent is due April 1. She also called for a $250 emergency child benefit for affected households, $1-billion in hospital “surge funding” and other measures.

“Folks are starting to get pretty concerned about what they are going to do as their money runs out, and the rent is coming due and the cupboards are bare,” Ms. Horwath said.

On Tuesday, Ontario reported an additional 85 cases of coronavirus, including two deaths in long-term care facilities, bringing the total to 588 in the province. 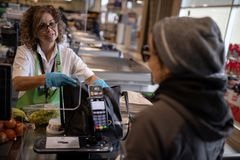 Ontario to slash hydro rates to offset costs of working from home amid coronavirus pandemic
March 24, 2020 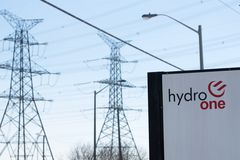