Experts who work with survivors of sexual violence are criticizing the Ontario government after it replaced a four-decades-old program that compensated victims of crime for pain and suffering, loss of income and treatment expenses with a system that offers short-term services, but also imposes strict deadlines to apply.

Lawyers and front-line workers say the new system is out of step with the way trauma develops and persists for many sexual violence victims, warning that the time cutoffs and focus on temporary help will short-change many adult victims of sexual abuse as the global movement #MeToo brings a surge of victims forward.

“It fundamentally misunderstands the nature of a lot of sexual assault and domestic violence,” said Roxana Parsa, a program lawyer at Toronto’s METRAC, a non-profit organization that works to end gender-based violence through research and education.

“Trauma develops over time. Many people might not realize the impact this has when it happens," Ms. Parsa said.

The previous system, instituted in 1971, had no deadline for victims of sexual or intimate partner violence to apply. The Criminal Injuries Compensation Board (CICB) once awarded up to $25,000 for pain and suffering, which victims could spend as they saw fit in their recovery. Funds were also potentially available for lost wages, long-term counselling, medical bills and other expenses. Documentation was required, but the options were flexible – police reports, notes from a doctor or therapist, corroborating statements from family or friends, even journal entries, said Heidi Illingworth, federal ombudsman for victims of crime.

The Victim Quick Response Program+ (VQRP+), rolled out on Oct. 1, offers specific services, not compensation awards. The list of services for “immediate needs" includes home safety equipment such as deadbolts and motion sensors, temporary accommodation and other provisional supports, each limited to a maximum dollar amount. Short-term counselling is capped at $1,000 (or about 10 sessions) for most victims, but the program first requires proof that there are no other publicly funded counselling services available to applicants.

Survivors of sexual or intimate-partner violence must report crimes to police or a hospital, domestic violence shelter, sexual assault centre or other community agency. To receive support for “immediate needs,” victims must apply within 45 days of the crime. For counselling, most victims need to apply within six months of the crime, with several exceptions: Victims under 18 must apply within six months of disclosing the crime to police or a social-service provider; adult victims of historical child abuse get 90 days from disclosing, while human-trafficking victims get longer timelines.

The goal, the government says, is to provide services more rapidly after a crime, with decisions rendered within three days on “immediate needs” and five days for counselling – faster than the old program’s average wait of a year to deliver awards.

“The government heard from service providers that this type of practical and immediate support is vital in helping victims heal and rebuild their lives," Brian Gray, a spokesperson for the Ministry of the Attorney-General, said in an e-mail. “Victims are not required to pay out of pocket for any eligible expenses or relive their trauma through a long and complex process."

The Ontario government expects the changes will reduce costs, but did not provide a figure.

Victims will no longer be compensated for pain and suffering. "VQRP+ does not make decisions based on quantifying the amount of pain and suffering of a victim,” Mr. Gray said, adding that this aligns Ontario with much of the country.

Previously, Ontario was one of three provinces that compensated for pain and suffering, which advocates say is fundamental for victims.

“This was a way for the state to recognize that you have experienced something horrific,” Ms. Illingworth said. “It was a sign of respect from the state.”

Toronto lawyer Dave Shellnutt said the awards helped return a sense of self-determination to victims, for example, a survivor of sex trafficking who used the money to pay off her student loans and cover childcare and therapy. “To be able to decide on one’s own the road to recovery is hugely effective,” Mr. Shellnutt said.

(Under VQRP+, victims of human trafficking can access up to $20,000 toward “residential treatment resources,” Mr. Gray said.)

“The CICB offered validation and affirmation for people who were victims of a crime in this province, without the need for a conviction,” said Flora Vineberg, an associate lawyer at Toronto’s Jellinek Law, which offers civil litigation in sexual assault.

After Allison Wood was sexually assaulted in 2013, she found the incident difficult to process and daunting to talk about. Ms. Wood, 32, did not press criminal charges or pursue a civil claim, although the event derailed her life. She missed work and struggled with sleeplessness, nightmares, flashbacks, trouble eating and fears of being outside, and incurred substantial therapy costs.

Under Ontario’s new deadlines, she is ineligible for any financial help.

“I wasn’t able to function as a normal human for a long period of time afterwards," Wood said. “I can’t even imagine being in a place that soon after the incident to be able to apply for these things."

With a patchwork of approaches to victims’ compensation across Canada, Ms. Illingworth is pushing for national standards. Newfoundland has no formal compensation board, while Alberta, Manitoba and Saskatchewan offer maximums of $100,000 or more. New Brunswick and Prince Edward Island award pain and suffering costs, and Quebec, Manitoba, British Columbia, Saskatchewan and PEI also cover some victims’ loss of income. According to the Canadian Resource Centre for Victims of Crime, eight provincial boards give their applicants one to two years to come forward. 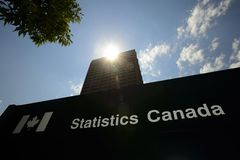 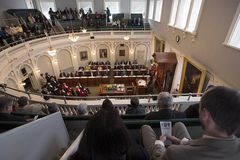 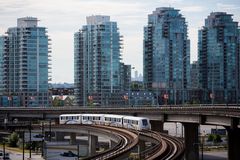