Government documents obtained by The Globe and Mail show that in the span of one week in July, 2018, Premier Doug Ford’s government repeatedly changed course on the votes, leaving bureaucrats scrambling.

In the end, the government eliminated regional chair elections in Peel, York, Niagara and Muskoka, where candidates had already begun campaigning.

E-mails and other documents released under the province’s freedom-of-information law provide a window into the early decision-making of Mr. Ford’s Progressive Conservative government.

The cancellation of the votes, which wasn’t part of the PC Party’s election platform, was widely seen as an attempt to thwart Patrick Brown’s attempts at a political comeback. Mr. Brown, who was ousted as leader of the PC Party earlier in the year after being accused of sexual misconduct, which he denies, was a candidate for the Peel chair. He then entered the Brampton mayoral race, which he won.

The earliest mention of cancelling regional chair elections in more than 800 pages of records from Municipal Affairs and Housing bureaucrats appears in an “urgent” e-mail sent at 6:22 p.m. on Sunday, July 22.

Kate Manson-Smith, assistant deputy minister of the local government and planning policy division, tasked colleagues with preparing materials ahead of an early-morning briefing the following day by deputy minister Laurie LeBlanc. “The request is framed as maybe reconsider as part of a review of regional government,” Ms. Manson-Smith wrote.

Shortly after 11 p.m., Ms. LeBlanc e-mailed the group: “Just spoke to the minister. The focus is the regions that were changed in 2016.” Most of the rest of her message is redacted.

In 2016, the Liberal government amended the Municipal Act to require that all heads of regional council be directly elected. Before that, regional municipalities could decide to elect or appoint their regional chairs.

The flurry of urgent e-mails continued the next day, Monday, July 23, as bureaucrats created a briefing note and considered whether candidates might ask the province to reimburse them for their own contributions.

Then, at 4:01 p.m., Ms. LeBlanc sent an e-mail saying the plan was off. “Decision made not to proceed. Doesn’t mean it won’t come up as a post election issue but not moving forward for 2018.” She added: “PO interested to know what due diligence or provisions there are for ensuring candidates expenses are legitimate and following the rules.” (PO refers to the Premier’s Office.)

However, that decision was itself soon reversed. The documents do not provide details on how the government ultimately decided to cancel the elections. Parts of the records are redacted under Freedom of Information Act exemptions for advice to government and solicitor-client privilege.

By the next morning, Tuesday, July 24, bureaucrats were again hurriedly preparing materials. Richard Stromberg, the ministry’s manager of issues and media relations, sent a draft briefing note, noting “the confidential and rushed nature of this material.”

The key messages were: “Ontario is giving decision-making power back to local communities. We respect local decisions on how to choose heads of regional council. We intend to reverse legislation imposed on municipalities in 2016. Councils that are part of a regional municipality should decide what’s right for them.”

On the afternoon of Thursday, July 26, then-cabinet secretary Steve Orsini asked for a summary of “all the past studies, council motions, municipal statements, media articles, etc.” related to the mandatory election of regional chairs and the size of Toronto city council.

The next morning, Friday, July 27, the government announced it was introducing a bill to cancel regional chair elections in Peel, York, Niagara and Muskoka in addition to slashing the size of Toronto city council. (Last month, Ontario’s highest court ruled that Mr. Ford did not violate the Constitution by cutting the number of Toronto city councillors when the election campaign was already underway.)

The press release came just a few hours before the 2 p.m. registration deadline for regional chair candidates, meaning most contenders who suddenly found themselves pushed out were not able to submit paperwork to run in other, unaffected races.

The e-mails detail questions bureaucrats received from municipal officials that day, including two who asked what would happen to regional chair candidates who wanted to run in another race but did not have time to complete documents by the deadline.

Assistant deputy minister Marcia Wallace replied to a colleague at 1:21 p.m.: “Answer is they have until 2 pm. No options.” 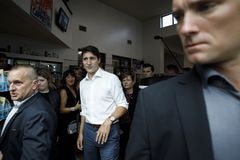 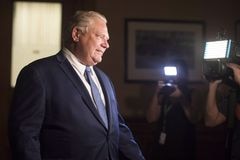