Ontario Attorney-General Caroline Mulroney says police officers facing independent investigations languish under a "cloud of suspicion” and vowed to speed up the process as the Progressive Conservative government looks to revamp a police accountability law this spring.

During a closed-door meeting with the Ontario Provincial Police Association (OPPA) in January, Ms. Mulroney signalled her government’s intent to make significant changes to the former Liberal government’s Safer Ontario Act, the first overhaul of policing rules in more than 25 years.

Since taking office last June, Premier Doug Ford’s government has blocked changes from the previous bill, which had sweeping implications for policing, both in oversight and management of police forces. The PC government is expected to introduce its own bill this spring.

In prepared remarks for the meeting obtained by The Globe and Mail, Ms. Mulroney said police officers have asked for transparency around when an investigation is required and to ensure that decisions are “timely.” Because of a lack of clarity around when investigations are needed, police chiefs tend to “over-notify," she said, “which leads the SIU to over-investigate.” This results in a lack of trust in the SIU by police, Ms. Mulroney said. The SIU (Special Investigations Unit) is the external watchdog automatically called in when a police officer is involved in a violent incident such as death or allegations of sexual assault.

“The impact of this cloud of suspicion is detrimental to the public and to police officers,” Ms. Mulroney said.

The previous government’s Safer Ontario Act, known as Bill 175, sought to give the SIU increased powers, including the ability to lay additional criminal charges uncovered during an investigation.

Monica Hudon, an SIU spokeswoman, said only the SIU director can make a determination in the unit’s cases. There were 382 cases last year. “While the SIU recognizes the importance of resolving cases expediently, the thoroughness of the investigation must take precedence over the length of time it takes to finish an investigation,” she said in an e-mail.

On Wednesday, Community Safety Minister Sylvia Jones announced her government would soon nominate some “police heroes” for medals after the police force response to a violent event was recently cleared following a six-month SIU investigation.

In a statement, she mentioned two Toronto police officers deserved recognition for how they “raced towards danger” during last summer’s tragic July 22 events on Danforth Avenue, when a shooter killed two people and injured 13 others before killing himself.

Ian Scott, a Toronto lawyer and former director of the SIU, said the Progressive Conservatives were highly critical of the previous Liberal bill.

“Clearly this government was unhappy with the proposed changes, because they’ve hit the pause button on all of them,” Mr. Scott said. “If I had to read the tea leaves on this one, I would say we’re going to be looking at less oversight.”

The previous Liberal government’s 400-page bill was meant to address concerns from minority groups about unjust treatment and worries about police oversight.

Many of the changes stemmed from Ontario Appeal Court Justice Michael Tulloch’s 2017 report, which made 129 recommendations aimed at increasing transparency and accountability of the police and the bodies that oversee them.

But police associations complained that the bill was too rushed and flawed, including opening the door to privatization down the road.

Both police chiefs and front line officers have submitted their requests for changes to the act.

In their submissions, the Ontario Association of Chiefs of Police called for most SIU investigations to be completed within four months. They also urged the province to allow them to suspend, without pay, police officers suspected of serious criminality or misconduct, as well as allow them more power to reroute sick and injured officers to civilian jobs.

The Police Association of Ontario (PAO), however, is asking Mr. Ford’s government to change disciplinary measures that lack “any sort of due process for officers,” and “a cumbersome and bloated oversight system with no accountability to the police or the public.”

“The police association has always supported independent oversight providing it’s done [fairly] and it’s done by competency,” said Bruce Chapman, president of the PAO. Mr. Chapman said his group would rather not have suspensions without pay, but would support it in cases of serious allegations.

The provincial government “has promised to fix the policing legislation broken under the previous Liberal government,” said Marion Isabeau Ringuette, a spokeswoman for Ms. Jones.

Toronto Police Association president Mike McCormack said his officers do not want the previous bill scrapped, but want changes to the way investigations are handled, such as more timely release of information in SIU cases. He also said he agrees with Mr. Ford, who regularly expresses his support for police officers, that “police are vilified." 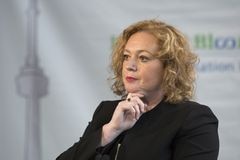 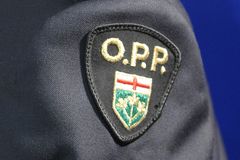 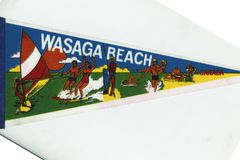