The Ontario government is moving ahead with a major overhaul of the health care system, one that is supposed to see existing medical providers – including hospitals, home-care agencies and family doctors’ groups – come together as teams that would be responsible for the well-being of as many as 300,000 patients.

Health Minister Christine Elliott unveiled the plan in Toronto on Tuesday less than a month after the opposition New Democrats published leaked documents that outlined the Progressive Conservative’s new blueprint for the health care system.

Ms. Elliott also outlined how her government intends to reorganize the delivery of health care through as many as 50 new groups called Ontario Health Teams.

The idea, Ms. Elliott said, would be to have local organizations such as hospitals, community health centres, home-care providers and doctors voluntarily form a team, then apply to the government to be the central point of contact for as many as 300,000 patients in a geographic area.

The announcement was short on details about exactly how and when the changes would take place, but Ms. Elliott emphasized they would be gradual.

The government will table legislation on Tuesday to create the new super agency.

Ms. Elliott declined to answer repeated questions about how much money the plan would save, or how many people would lose their jobs as a result of the restructuring.

“This is not a financial exercise,” Ms. Elliott said. “This is an exercise primarily based [around] connecting patients to their care.”

Vicki McKenna, the president of the Ontario Nurses’ Association (ONA,) said the announcement makes this a “destabilizing time” for nurses, especially for the nearly 4,000 ONA-represented nurses currently employed by the LHINs. Most of those nurses co-ordinate home care.

“We don’t want anyone to lose their jobs because what [nurses] do is desperately needed in our system,” Ms. McKenna said. “That doesn’t change. But what might change, down the road, is unclear.”

Ms. Elliott said the care co-ordinators would not lose their jobs. They would just report to a new employer. “There are people working at the LHINs right now who provide wonderful home care. We still need them. Nothing is going to change that way,” she said.

Ms. Elliott also rejected the NDP’s concerns that the new structure would pave the way for more for-profit care, particularly if for-profit entities are allowed to bid for spots on any of the Ontario Health Teams.

“There will be no more for-profit care in the system that we are envisioning,” she said. “If there is any money left over at the end of the year, that will be going directly back into patient care. That will not be going into any private interests.”

On Monday, NDP Leader Andrea Horwath reiterated the changes she hoped to see in the plan.

"It better have closed the loopholes that would let the private sector belly up to our health care dollars, and it better close this idea of a super agency that’s going to take away the local specifics around what people will need in their communities,” she said.

Kevin Smith, the president of the University Health Network in Toronto, was enthusiastic about putting local teams in charge of health care. His hospital and a slew of community partners already have a team proposal ready to go, as do at least two other Toronto hospitals.

“The announcement does what I’ve been asking government for for a long time, which is don’t tell us how to do something that you don’t know how to do, which is deliver care,” he said. “Tell us what and why and when and with how much and then hold us to account.” 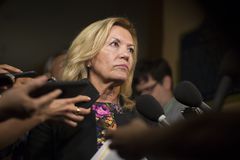 Ontario will not have two-tier health care, minister says, but plans remain under wraps
February 1, 2019