On Monday morning, an Ontario Catholic school principal and vice-principal walked into a Grade 12 classroom and asked the girls to stand up to check their skirt lengths as the boys watched.

The male principal at St. Theresa’s Catholic High School in Midland, Ont., can be heard in a video recorded by a student referencing the #MeToo movement and then saying, “You’re putting every male in this building in an awkward situation." Several of the women in the classroom recalled him also saying, “Legs are pretty.”

The principal and female vice-principal returned to the classroom on Wednesday, this time with a superintendent of education, to apologize to the students. But the incident highlights the tension school districts face as they try to enforce dress-code policies while being reflective of society’s changing views on what is considered appropriate. At the same time, they want to ensure that they’re not inadvertently shaming young women. Several have been challenged to update their rules, including the Toronto District School Board (TDSB), Canada’s largest, which is reviewing its policy.

“Although some mistakes may have been made in this case, we also recognize the difficult job our principals and vice-principals have trying to balance student individuality in today’s society while at the same time enforcing dress-code policies,” said Brian Beal, the director of education at the Simcoe Muskoka Catholic District School Board, north of Toronto, in an e-mail statement.

Mr. Beal described the incident at St. Theresa’s as an “extremely difficult situation on a number of levels.” He said that it was never the principal’s intention to make students feel uncomfortable.

School districts, and individual schools, have varying dress-code policies. Many ban clothing with offensive language, and inform students to dress appropriately. Others can be more specific, restricting students from wearing spaghetti straps or halter tops, for example.

The students at St. Theresa’s said they were told that the skirts are allowed to be four inches above their knees. Uniform checks are usually carried out by teachers, and students say that is to make sure all of them are dressed appropriately. “I felt uncomfortable. I felt very, very uncomfortable,” said student Olivia Parkes, when the principal and vice-principal walked into her Grade 12 social-studies classroom and singled out the girls.

“Everyone was so shook that we had to take a moment,” she added.

In recent years, dress-code policies have given rise to a movement at several Canadian high schools, where students have rallied against what they perceive as outdated rules. Some districts, especially those in the United States, have responded by loosening their dress-code guidelines and brought students in to help develop policies.

Shauna Pomerantz, an associate professor of child and youth studies at Brock University, said she understood the need for dress codes, but said that school boards shouldn’t police clothing in such a “tight and restrictive and sexist manner.”

“What we see time and time again is girls being targeted as hypersexual for showing some part of their body," she said. “In my mind, there is a direct link between making girls feel that they are responsible for any negative attention and perpetuating rape culture and a blaming-the-victim attitude.”

She added: "Disciplining girls in this way simply reinforces a dangerous double standard.”

In Moncton, N.B., a teenager received social-media support after she was sent home three years ago for wearing a floor-length halter dress and then suspended when she questioned the decision. And in Toronto, also three years ago, Alexi Halket was sent to the office at her school, the Etobicoke School of the Arts, for wearing a crop top deemed inappropriate. She said she found it unfair because the boys were allowed to run around the gym shirtless. Ms. Halket organized a Crop Top Day to protest against the dress codes.

“I believe that if there are to be dress codes in place, they should be balanced and uniform for all gender identities … When it comes to women, the dialogue often turns to distracting boys, which perpetuates a victim-blaming mentality," she said. "I knew that if I simply covered up, the gender bias ingrained in our schools and in our society would continue to perpetuate, and I couldn’t be a part of that.”

Ms. Halket said the policy at the school was vague, requiring students to dress appropriately. The TDSB said its policy allows each school to develop its own rules in consultation with students, parents and staff. A revised policy is now being developed by the board that will go to a committee and then for public consultations, spokesman Ryan Bird said. 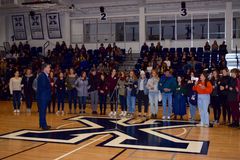 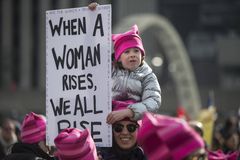