Lawyers representing families whose loved ones were sickened or died in long-term care homes during the COVID-19 pandemic are sounding the alarm about a new Ontario government bill they say would make it more difficult to hold homes accountable for mistreatment and wrongdoing.

The legislation, introduced this week, would provide liability protection against COVID-19-related lawsuits for those acting in “good faith” and whose actions don’t constitute “gross negligence." The government says the bill is intended to protect frontline workers and volunteers – from grocery store clerks to personal-support workers to hockey coaches – who may have inadvertently spread COVID-19 and is retroactive to March 17, when the state of emergency was first declared. Premier Doug Ford said Thursday it won’t shield “bad actors," including companies who acted “recklessly and carelessly.”

But lawyers of families who have filed lawsuits against both long-term care operators and the government say the bill will make it more difficult for families to find justice, after many alleged abuse and neglect in nursing homes during the pandemic. More than 1,900 people have died in long-term care homes in Ontario throughout the pandemic.

Lawyer Melissa Miller, who represents 30 families who lost loved ones at Orchard Villa, a long-term care facility in Pickering, east of Toronto, said the bill creates extra hurdles for families to prove their case. For example, it proposes a higher threshold for negligence by labelling it “gross negligence," and defines “good faith” as an honest effort – “whether or not that effort is reasonable.”

“It’s an added burden for the families,” she said. “It means longer litigation. It means fighting harder. It means having to gather more evidence, it’s more expensive and it’s just keeping these wounds open longer.”

Cathy Parkes, whose 86-year-old father, Paul Parkes, died at Orchard Villa on April 15, accused the government of creating “loopholes” for long-term care homes. Orchard Villa was one of five homes identified in a Canadian military report this spring detailing the deplorable conditions in long-term care during the first wave of the virus.

Ms. Parkes said she believes the military report will add credence to her lawsuit, but said the bill could blunt others from coming forward.

“It makes me worry for all the other [families] that didn’t have such exposure, but they still went through what I went through. And they’ll fall through the cracks,” she said.

Attorney-General Doug Downey said the bill is similar to legislation passed in British Columbia as well as a ministerial order in Nova Scotia, which focuses specifically on long-term care. The Ontario Long Term Care Association, which represents more than 70 per cent of nursing homes in the province, has also said without liability protection, many insurance companies will cease coverage “putting homes across the province at risk and jeopardizing their expansion and renewal.”

The NDP called on Mr. Ford to explicitly remove private nursing home chains and government from the legislation, accusing the Progressive Conservatives of using front-line workers to try to shield themselves and for-profit homes from wrongdoing.

Ontario has already faced criticism for its response to a proposed class-action lawsuit filed this summer on behalf of long-term care residents and their families, in which the government argued it does not guarantee the health or safety of residents in the homes.

Lawyer James Sayce of Koskie Minsky, which brought the lawsuit, said Thursday it’s difficult to predict how the bill, if passed, would have an impact because the legislation is “so broadly worded.”

“I would say on its face, the bill does a heck of a lot more than what they’re saying it does,” he said.

Pinta Maguire, head of the medical malpractice group for Tyr LLP, the Toronto law firm behind a proposed class-action lawsuit filed against Responsive Group Inc., a private, for-profit company that owns several seniors' homes ravaged by the coronavirus, said if the government simply wanted to protect front-line workers and small businesses, it could have done so specifically in the legislation.

“Our clients are looking for answers and they’re looking to pick up the pieces of what happened to their family members," she said. “For them, this looks like simply an opportunity for the government to protect corporations from providing those answers.” 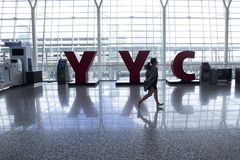 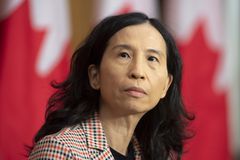 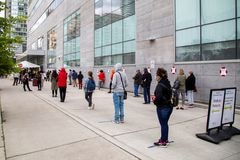