The front-runner in the race to be leader of the Ontario Liberals, crushed in the 2018 election, says the hobbled party must act fast to be ready for a rematch with Premier Doug Ford’s Progressive Conservatives.

The votes are still to be counted at the party’s leadership convention Saturday in Mississauga. But Steven Del Duca, transportation minister in the previous government of Kathleen Wynne, won 56 per cent of the delegates up for grabs at riding-association votes last month, clobbering his five rivals. Those delegates, along with a smaller number of uncommitted delegates, will vote at the convention. A first-ballot tally of more than 50 per cent on Saturday would clinch him the job.

While some of his competitors called for more sweeping changes to the party, the 46-year-old Mr. Del Duca promised to raise funds quickly and prepare Liberals for the “fight of our lives” against Mr. Ford in 2022.

“The people of Ontario … are already fed up with Doug Ford’s style of politics," Mr. Del Duca said in an interview. “They see strikes and chaos in their kids’ schools. They’re concerned about creeping privatization in health care. There is no plan coming from this government to deal with the climate crisis.”

Mr. Ford’s government has been embroiled in several controversies, with teacher strikes, spending cuts and defective licence plates all making headlines. And recent polls suggest that the leaderless Liberals are even with the Official Opposition NDP and the governing PCs in public popularity.

But the Liberals remain anything but battle-ready. Fundraising trails far behind the PCs and the NDP, and the past campaign left the party $9-million in debt. It has just eight seats in the legislature, after winning two recent by-elections.

Mr. Del Duca, a lifelong Liberal organizer who has also worked for the Carpenters’ District Council of Ontario and as an aide to former premier Dalton McGuinty, vows to act fast if he wins the leadership. In short order, he says he will appoint a fundraising chair and start searching for the 115 candidates that the party needs to nominate across the province before the 2022 vote.

Mr. Del Duca lost his own seat in Vaughan-Woodbridge, north of Toronto, in 2018. While he said he would contest any by-election that came up in his home riding, he has no plans to hurry back to the legislature as he rebuilds the party.

Amid that rebuilding, the likely new leader is expected to face a barrage of PC attack ads.

David Herle, a Liberal strategist at the helm of the party’s campaign for Ms. Wynne’s defeat, said the indebted party won’t be able to afford a repeat of the slick campaign used in 2013 to introduce Ms. Wynne, which showed her jogging along rural roads. Nor can the party effectively counter the expected PC attack ads aimed at Mr. Del Duca.

“The question is, will that attack stick?” Mr. Herle said.

PC strategists say they welcome the prospect of a Liberal Party led by Mr. Del Duca.

“From the government’s perspective, I think having someone so closely linked with Kathleen Wynne’s legacy in Ontario is a big advantage,” said Melissa Lantsman, who sits on Mr. Ford’s re-election committee and ran his campaign war room in 2018.

Asked on Friday about the prospect of Mr. Del Duca’s win, Mr. Ford himself was dismissive.

“I don’t care who they pick. They destroyed our province,” he told reporters. “I look forward to sitting down and debating whoever they have."

Some of Mr. Del Duca’s leadership rivals maintain that the race is not over until all delegates’ votes are counted.

Toronto MPP Michael Coteau, who earned 18 per cent of the elected delegates, said the party needs to focus on its core values, citing the partial selloff of Ontario Hydro as something that hurt the party’s image: "I think there is a lot of soul-searching that we have to do over the next year.”

University of Western Ontario academic Kate Graham, who surprised many in the party with a campaign that saw her running third going into the convention, said her push to make the party listen to its grassroots would continue: “I want to see a party that is less hyperpartisan, [in which] power is less concentrated in the halls of Queen’s Park." 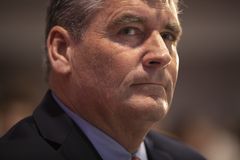 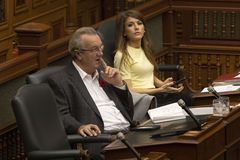 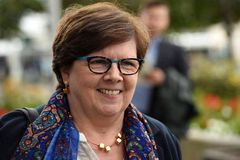