Ontario’s Liberal Party is looking to boost the number of female candidates it fields in the 2022 provincial election by lowering registration fees, launching an aggressive search campaign and, if necessary, having only women run in nominations.

The changes, approved by the party’s provincial council on Sunday, are intended to make good on a pledge by new leader Steven Del Duca to have women make up at least 50 per cent of the party’s candidates in the next election.

The party will also significantly cut registration fees for candidates who are under the age of 30, and make party memberships free – echoing changes made by the federal Liberals under Prime Minister Justin Trudeau. Mr. Del Duca has promised that 30 of the party’s 124 candidates will be under 30 years old.

The Ontario Liberals are in the midst of rebuilding after a crushing loss in the 2018 election under former premier Kathleen Wynne, when they were reduced to just seven seats in the legislature. Now with eight MPPs, and a new leader at the helm, the third-place party is plotting to win back seats from Premier Doug Ford’s Progressive Conservatives and the Official Opposition New Democrats.

Part of the strategy is to become “the most open and equitable party in Canada,” says a backgrounder obtained by The Globe and Mail that explains the proposal, which 92 per cent of the party’s executive team and riding presidents approved in a vote Sunday. To do so, the party will lower registration fees for female candidates by 50 per cent – so women will pay $1,250, instead of $2,500 for men. Candidates under the age of 30 will pay only $500. The party will also focus on “winnable” ridings in the Greater Toronto Area, as well as urban centres.

The party is also creating a province-wide candidate-search team, to be led by three women, to recruit more women to run. And it is giving the party’s nomination commissioner the power, in consultation with the leader and campaign chair, to notify a constituency association that they can draft a plan “that includes only female nomination contestants.”

The party is also requiring constituency associations without an incumbent to demonstrate “specific outreach efforts” to prospective candidates in traditionally underrepresented communities such as Black, Indigenous and LGBTQ people.

Kate Graham, who ran for the provincial Liberals in 2018 and came third in the party’s March leadership contest, said having more women in elected politics “leads to better decisions.”

“We still live in a province where there is a gender pay gap, where women experience barriers every day, where people from diverse backgrounds experience barriers – that’s not disconnected to the fact that we see largely white men overrepresented in politics,” said Ms. Graham, who will serve as vice-chair of the Liberal campaign. “We’ve got to do some things to be able to make sure politics is a place for everyone.”

In Ontario, 39 per cent of the legislature is currently made up of women, according to Equal Voice, an organization seeking to elect more women in Canada. During the 2018 election, the NDP was successful in electing 50-per-cent women. Four of the seven elected Liberal MPPs are women, and the PCs nominated and elected around 32 per cent women.

Eleanor Fast, executive director at Equal Voice, said it’s important to see more female candidates, but they also need to run in places where the party is putting effort and money behind them.

“What I’m concerned about is just making sure that women are running in the right places, where the party is expecting them to be successful,” she said.

She said the Liberals have a “tremendous opportunity” to run a diverse slate of candidates because the party has so few incumbents heading into the next election. 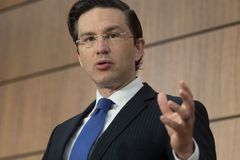 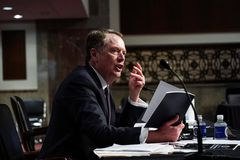 Opinion
Canada must wait for the U.S. to control its first wave before our economy can fully recover
Subscriber content
June 28, 2020 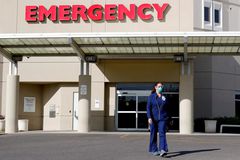