The independent commission examining how Ontario handled the coronavirus pandemic in long-term care homes is still weighing whether to hold public hearings, despite pleas for transparency from family members who lost loved ones.

Premier Doug Ford’s government in July launched a three-person independent commission, led by Associate Chief Justice Frank Marrocco of the Superior Court of Justice, to study the pandemic in long-term care homes, and report on its findings by April 30.

But details about the commission thus far have been scarce - including how much, if any, of its work will take place in public, an omission that has drawn criticism from families, advocates and opposition parties.

Cathy Parkes, whose father died in April at Orchard Villa in Pickering, faulted the provincial government for not ensuring that the commission’s meetings are public.

“I don’t think that they’re going to do this justice,” she said. “Everything seems to be kind of like they’re hoping that they can just keep it on the down-low and everyone will forget that this happened.”

On Tuesday, when asked if any of the proceedings will be streamed or available for public viewing, commission spokesman Peter Rehak said no final decision has been made. “I think that is part of what is still being discussed. Most likely some transcripts will be posted,” he said. The 2006 commission into SARS held six days of public hearings in Toronto and conducted more than 600 confidential interviews.

In a statement, the commission said its most important goal is to understand the experience of residents and families over the course of the pandemic.

“The commission has been considering how best to receive information from these key stakeholders, and will begin seeking input from them in the coming weeks,” it said.

Minister of Long-Term Care Merrilee Fullerton said on Tuesday that a website has been launched and the public can use an online link to reach out. She added that the commission is independent of her ministry, and has already interviewed one of its senior officials.

“There will be public hearings, there is a public report,” Dr. Fullerton said. “The process is intended to create transparency.” Her office later clarified that she meant the commission has the ability to hold public hearings as part of its investigation.

Sharleen Stewart, president of SEIU Healthcare, the union that represents 60,000 front-line health care workers, said the union’s lawyers have initiated contact with the commission, but there has been no invitation to hear testimony from workers or their unions.

Laura Tamblyn Watts, chief executive officer of CanAge, a national seniors advocacy organization, said doing the commission’s work behind closed doors would further undermine the public’s already low confidence in Ontario’s long-term care system. She called on the commission to broadcast meetings on the internet and to post any documents that it examines during its work to its website.

“It’s only through shining a public light and hearing the voices of seniors and their families and residents of long-term care that we can actually know what happened, assess the decisions that were made and learn from those decisions,” she said.

Ms. Tamblyn Watts also urged the provincial government to ensure the commission’s work is transparent and to provide financial support to non-profit organizations so they can participate.

In a letter to Justice Marrocco sent last week, NDP leader Andrea Horwath said the details of the commission’s process “have not been transparent.” Her party has repeatedly called for a judicial public inquiry into long-term care.

“They absolutely should be having public hearings,” Ms. Horwath said in an interview. “Already we see exactly what we were worried about: that this process is lining up to be a sham.”

To date, 1,822 residents and eight staff have died in Ontario’s long-term care homes during the pandemic.

Daughter pays tribute to father who died of COVID-19 with memorial in Vancouver
September 15, 2020 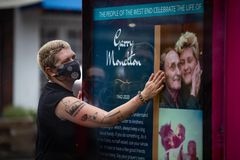 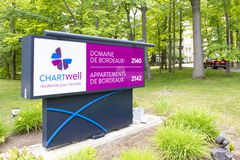