Ontario’s attempt to claim immunity from most lawsuits has been rejected by the province’s top court, which upheld a $30-million award to inmates held in solitary confinement.

The 3-0 ruling on Wednesday has wide implications. It means that Ontario’s 2019 Crown Liability and Proceedings Act, which the government argued in court extends to a large range of lawsuits, gives the province little to no new protection from being sued. The case was the first test of the new law to reach the Ontario Court of Appeal.

The ruling also spells out, for the first time from the appeal court, that any use of solitary confinement on a seriously mentally ill person violates their right to life and to be free of cruel and unusual treatment. (The definition of serious mental illness includes chronic suicidal ideation and self-harm.)

Brian Gray, a spokesman for the Attorney-General’s ministry, declined to comment, saying the matter is within the period in which the government may ask the Supreme Court to hear an appeal.

Andrew Morrison, a spokesman for the Solicitor-General’s ministry, said the government is making progress in “keeping inmates out of segregation conditions. This includes taking responsible steps to comply with legal obligations, by moving forward with operational changes and investing in additional front-line staff resources and training.”

Across Canada, governments’ immunity from lawsuits ended about six decades ago, with provinces passing laws preserving their legal protection for policy decisions, but ending it for negligence in how it carries out those policies.

Two years ago, the Ford government, as part of a budget omnibus bill, introduced and passed the Crown liability law. Then-attorney-general Caroline Mulroney said it was simply affirming and clarifying the existing state of the law. But the government argued in court that the new law ended the distinction between good-faith policy and negligent practice.

That approach, the appeal court said, came “perilously close” to “characterizing every government decision as policy,” which the Supreme Court said in a 1989 case was intolerable.

The appeal court did not say such a law could never stand. But it said that because Ontario’s “almost limitless application” would dramatically change the existing state of the law, the wording would need to be clear.

“To adopt Ontario’s expansive meaning would require a conclusion either that the attorney-general, at the time, did not understand the effect of the legislation being introduced, or that she misled the Legislature as to its intention and effect,” the court said in a ruling jointly written by Justice David Doherty and Justice Ian Nordheimer, and endorsed by Justice Alison Harvison Young. They chose to take the former attorney-general at her word.

The case, known as Francis v. Ontario, was brought on behalf of 11,000 inmates held in solitary confinement of more than 22 hours a day in the province’s jails between 2015 and 2018. Some suffer from serious mental illness, and others were held beyond 15 days, which is the maximum allowed under international and domestic guidelines. Some fell into both categories.

In previous cases involving federal prisoners, the Ontario Court of Appeal has described solitary confinement as a violation of constitutional rights, and awarded damages. In Francis, the Ontario government said its 2019 law, which was retroactive, protected it from being sued for negligence. (Conley Francis, the representative plaintiff, suffers from a psychiatric illness and testified in a lower court that he was placed in solitary for eight days, and later for two days, for refusing to take Seroquel, a psychiatric drug.)

The message, said Michael Bryant, executive director of the Canadian Civil Liberties Association, which intervened in the case, is that “solitary confinement as we knew it is over, and that the new regime ... will not tolerate the old practices of unlimited and arbitrary solitary confinement, particularly of Indigenous people and people with a mental illness.”

James Sayce, a lawyer representing the inmates, said the appeal court had “completely shut down the Crown Liability and Proceedings Act.” To have done otherwise, he said, would have undermined the rule of law. “If you can’t sue the government’s agents, you would be overturning many decades of Supreme Court jurisprudence, in this country and other countries. You can’t just pick up a pen and legislate that out of existence.”

Andrew Bernstein, a lawyer who was not involved in the case, said that if a government wishes to change the distinction between policy and operational decisions, it will need to do so explicitly.

“They can’t be shy about it. They have to say what they’re doing. I think it would be considered to be politically intolerable to eliminate the ability to sue the Crown. It fell out of favour a long, long time ago.”

Ontario’s previous government passed a law aimed at ending solitary confinement, but the current government has not proclaimed it into force. 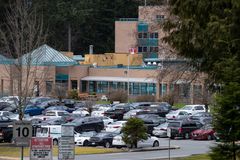 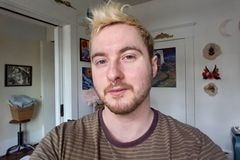