The Ontario government is taking a first step toward plans to have private industry take over and pay the full cost of the province’s blue-box recycling system with a move to overhaul the way batteries are recycled.

The shift toward what is called “full producer responsibility” for the curbside collection of bottles, cans, plastic and newsprint remains the subject of complex talks involving retailers, manufacturers, waste companies and municipalities. But the government says it hopes to release the details of the new system, which is expected to resemble the one in place in British Columbia, as early as the summer.

And on Thursday, Ontario is releasing a proposed regulation that would bring batteries under the system. It will be overseen by a regulator called the Resource Productivity & Recovery Authority, which was created in 2016 and already watches over tire recycling.

The changes, government and industry say, will both reduce recycling costs and keep more batteries out of landfills, where their chemicals can do environmental damage.

“In my mind, this is massive because it is confirmation that we are going to move toward a blue-box system that is full producer responsibility,” said Sebastian Prins, a spokesman for the Retail Council of Canada, which along with other industry groups has been in talks over both batteries and the other sweeping blue-box changes.

Under the current battery recycling regime, the target is 28 per cent. Under the new system, the industry would have to make “best efforts” for the first year and a half, before eventually moving to a 50-per-cent target for battery recycling by 2024. Much of the work of actually collecting the batteries will be contracted out to organizations such as Call2Recycle Canada Inc., a not-for-profit controlled by member retailers.

Lobbyists for some sectors have pushed back against the need for government-enforced targets. But Environment Minister Jeff Yurek said targets are needed.

“We want to make targets that are achievable and obtainable,” the minister said in an interview. "They’re tough to reach, but they’re fair. And when we reach those targets we can then extend it further.”

Mr. Yurek said retailers will expand the use of battery drop-off boxes for customers as they seek to hit higher targets and recover the costs of recycling batteries. Old batteries are generally melted down to allow the zinc, nickel and other metals to be reused.

Currently, the price of every battery sold in Ontario includes a recycling fee. The money is partly used to pay haulers incentives for bringing batteries to processing plants. But as a result, the industry has complained that batteries are being shipped from outside the province to take advantage of the payouts. The changes would scrap this system.

The new system would still see a fee included in a batteries’ price tag to cover the costs of recycling. But it would also allow retailers that sell batteries to enter into agreements with foreign battery manufacturers that would see them take on responsibility for their recycling obligations.

Last August, Mr. Yurek announced that his government was proceeding with “producer responsibility" for the entire blue box system, which could see municipal collection completely taken over by the private sector. The industry pays just half the costs of the current system.

The goal had been in the works for years, long before the Progressive Conservative government came to power. But Mr. Yurek announced what some in the industry called an aggressive timeline, aiming to start phasing in a new system in 2023.

While many environmental groups support the concept, some warn that industry lobbyists are seeking to water down their recycling obligations.

Work stoppage looms for Toronto’s outside employees as city, union clash over 'jobs for life’
February 25, 2020 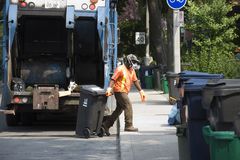 Opinion
A step sideways is not progress. Canada’s food-service industry can do better
February 25, 2020 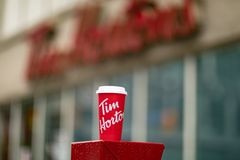 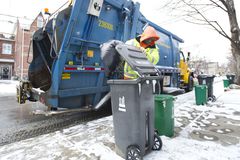