Ontario Premier Doug Ford said Friday the rapid growth of COVID-19 in his province was “getting out of control” – and that the situation was the worst since the beginning of the pandemic. But while warning of potential new lockdown restrictions to come, he did not announce any additional immediate moves to contain the spread of the virus.

Critics accused Mr. Ford of dragging his feet in the face of daily record-breaking increases in COVID-19 infections.

The province registered 4,249 new cases on Friday, although the daily total – breaking the 4,000 mark for the first time – was inflated by a “data-upload delay” that meant 450 cases in Toronto were included that should have been previously counted. 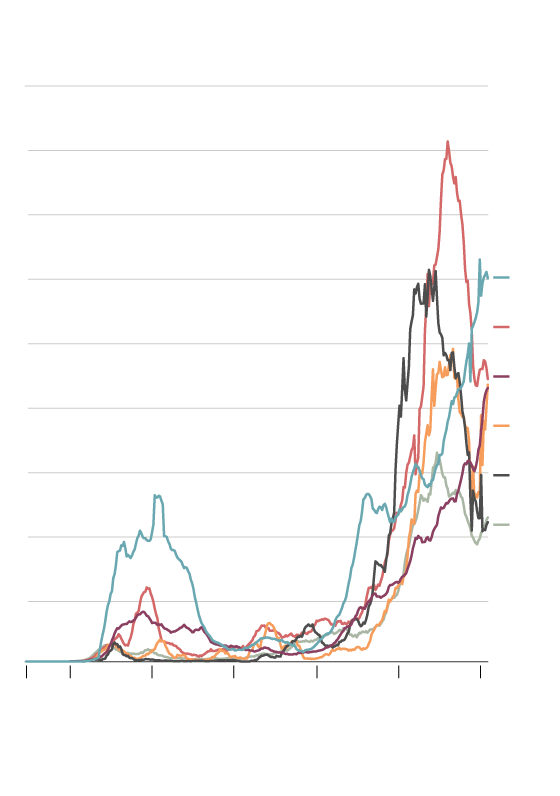 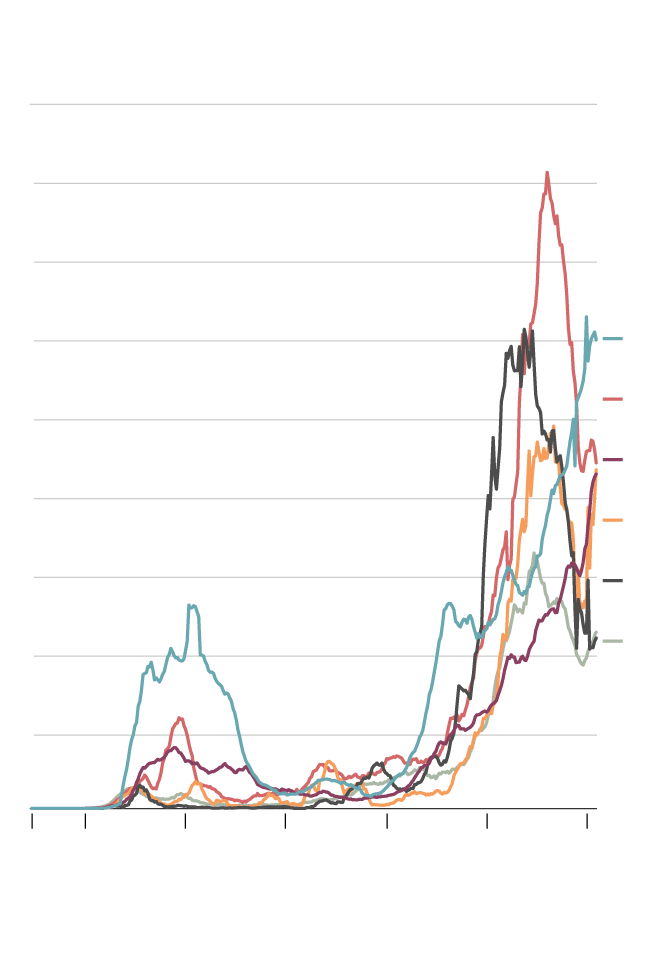 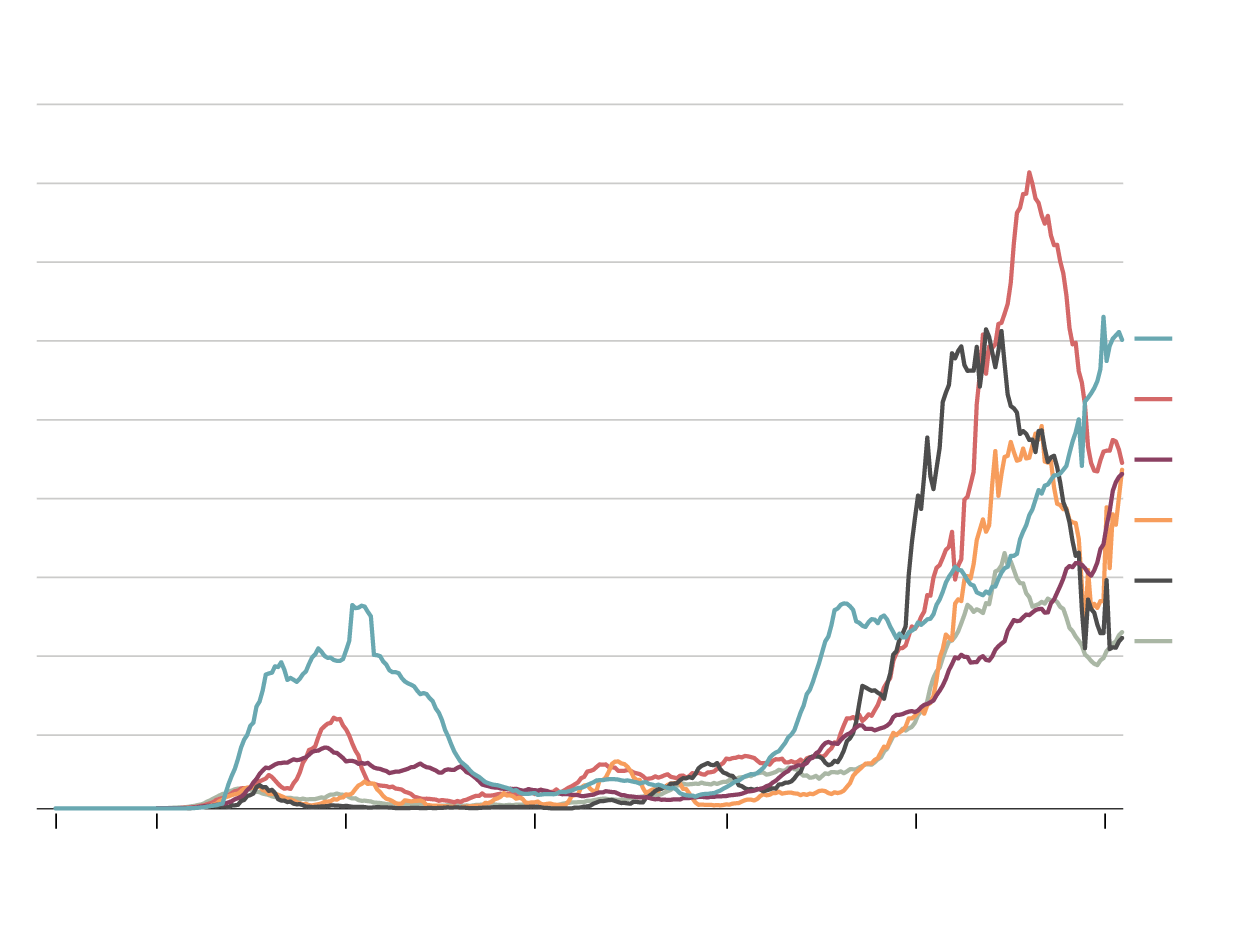 Even without the extra cases, a daily tally of 3,799 would still be a record, and close to double the daily totals from just a month ago – even though much of the expected transmission linked to holiday gatherings is likely not yet reflected in the numbers.

Across the province, 26 more people died of the disease, and a total of 1,446 were in hospital, with 369 in intensive care. Hospital officials warn they could be dangerously swamped by February, even as they are already cancelling surgeries and transferring ICU patients from packed facilities to others with more room. Outbreaks continue to surge in long-term care homes, with deaths there also mounting.

On Friday, Mr. Ford pleaded with Ontarians to stay home, physically distance and wash their hands, saying that some were disregarding the rules and warning that unspecified “more extreme” restrictions could soon be necessary.

Some experts have called for a stricter lockdown that shuts all non-essential manufacturing and construction, or even a curfew, as recently implemented in Quebec, to discourage evening social gatherings.

The Premier said he had seen new modelling projecting the virus’s rapid growth, describing it as a “wake-up call.” While the government is not publicly unveiling the data until it is finalized early next week, his cabinet was set to see the new modelling at a meeting Friday evening. However, ministers were still not expected to formally debate any specific recommendations for stronger lockdown measures at that meeting.

“We’re in a desperate situation. And when you see the modelling, you know, you’ll fall off your chair. Everything is on the table right now,” Mr. Ford said. “There will be further measures, because this is getting out of control and we have to do whatever it takes.”

The province’s Associate Medical Officer of Health, Barbara Yaffe, called Friday’s record daily tally “scary.” She said recommendations for the government to implement a stricter lockdown (similar to that imposed in the spring), along with other potential measures, would soon come from the province’s public health advisors.

Opposition Leader Andrea Horwath called the delay in action shocking, saying Mr. Ford should consider replacing Chief Medical Officer of Health David Williams and his other health advisors if this was the advice he was receiving. She also demanded that the new modelling be made public immediately.

“I don’t to wait till Tuesday to fall off my chair when I learn about what the modelling shows,” Ms. Horwath said. “It’s not a game show.”

Michael Warner, medical director of critical care at Toronto’s Michael Garron Hospital, said if infections keep growing at current rates, hospitals will be so stretched they will be forced to take patients deemed unlikely to survive off life support.

“The fact that [the Premier] isn’t doing things now is impossible for me to explain,” Dr. Warner said, calling for stricter lockdown measures and a strict curfew, in order to get people to take the virus more seriously.

Lauren Lapointe-Shaw, a scientist at the Toronto General Hospital Research Institute, said an array of stricter measures should have been brought in months ago: “It’s got to be a multipronged approach, which really makes it a real lockdown, not a ‘mockdown’ like we have right now.”

The government did announce on Thursday that it was extending school closings in Southern Ontario for another two weeks.

Ontario has also faced criticism for a slow vaccine rollout. Mr. Ford said efforts have been ramped up, with nearly 15,000 people vaccinated on Thursday alone. And he warned that the province was set to run out of the Pfizer-BioNTech vaccine until it receives more from the federal government.

Anthony Dale, president and CEO of the Ontario Hospital Association, said hospitals were approaching a breaking point and could see critical care capacity overwhelmed in a month, adding that COVID-19 patients were already crowding out others needing care.

He said the situation would create “extraordinary conditions” into February that would lead to a gridlock of the acute care hospital system, with patients in need of critical care being transported across the province.

Karim Kurji, York Region’s Medical Officer of Health, said he was “not convinced” a curfew would necessarily bring down Ontario’s COVID rates. Instead, he is pushing for more testing and quarantine enforcement for international travelers, increasing the availability of vaccines, and potentially issuing a voluntary reduction in hours or two-week closure for some manufacturing plants.

Lawrence Loh, Peel Region’s Medical Officer of Health, said he would support exploring any new measures that stop social gatherings, as well as revisiting the list of businesses deemed essential to see if more can be shut down. He said other measures, such as proactive inspections for hard-hit sectors, paid sick days and protections for contract workers “are also essential to ensuring that they feel supported to get tested and do not feel the need to go to work sick.”

Toronto city Councillor Joe Cressy, who chairs the city’s board of health, agreed that some sort of stricter measures are needed quickly. But he also said that whatever Ontario does needs to come with a comprehensive paid sick-day plan to ensure workers in essential industries can self-isolate without losing a paycheque.

“There is nearly unanimous agreement within the public health community that we won’t beat the second wave without greater supports for front-line essential workers,” Mr. Cressy said.