New Brunswick and Ontario are violating a federal health law by forcing patients to pay for their abortions, and Ottawa must act to remove those barriers, according to the head of the National Abortion Federation.

The New Brunswick government doesn’t pay for surgical abortions performed outside of hospitals, meaning patients at a private clinic in Fredericton must pay $700 to $850, according to the clinic website. The only other abortion clinics in New Brunswick are in Bathurst and Moncton. They are in hospitals and receive public funds, but are several hours from Fredericton by car. Many parts of the province have no abortion clinic nearby.

Several abortion clinics in Ontario are not funded by the government, meaning women who seek treatment there pay a fee, typically under $100, said Jill Doctoroff, director of NAF, which is the professional association of abortion providers. The cost is less than in New Brunswick because doctors can bill the province for their services. Other clinic-related costs are not covered. Fees can help make up the shortfall, Ms. Doctoroff said.

“It’s in violation of the Canada Health Act,” she said. “It doesn’t seem to come from any logic-based reasoning.”

Ms. Doctoroff said other provinces may be violating the act by failing to ensure adequate access to abortions, since most – both surgical and with the abortion pill – happen in big clinics, hundreds of kilometres from where some patients live.

The federal government has pointed to New Brunswick’s policy as a barrier. Health Canada’s 2017-18 report on the Canada Health Act called the access problems there “a concern under the accessibility and comprehensiveness criteria” of the act.

The Canada Health Act sets out criteria and conditions provinces must meet to get their share of federal transfer payments for health care. While provincial governments deliver health care, the federal act can be used to hold them accountable.

Provincial abortion policies are among many barriers to abortion in Canada. A Globe and Mail investigation on Saturday revealed that most prescriptions for the abortion pill come from clinics, which are typically in large urban centres. This means women outside those cities must travel to receive a prescription any family doctor could write.

Abortion rights advocates hoped the arrival of the pill in Canada would improve access, but this has failed to happen in many parts of the country.

Federal Health Minister Ginette Petitpas Taylor said in a statement she “will continue to raise the importance of access to abortion services on all occasions, just as I did with the current and previous health minister in New Brunswick.”

Ms. Petitpas Taylor’s office said she brought up the issue with New Brunswick Health Minister Ted Flemming at a meeting a few weeks ago. Her office did not respond to questions about Ontario’s possible violations of the federal act.

The New Brunswick government did not respond to questions about its decision not to fund abortions outside hospitals and concerns that this violates the Canada Health Act.

The Ontario government did not respond to questions about its policy to not provide funding to some abortion clinics.

Both provinces pay for the abortion pill, but little has been done to improve access to it. When the pill was introduced in 2017, Health Canada imposed several restrictions, such as requiring patients to have an ultrasound and to take the first of the five pills used in the treatment in the presence of a doctor. Many of those restrictions have been dropped, but abortion providers say not enough physicians prescribe the medication. Only 505 family physicians out of about 43,000 in Canada have completed a non-mandatory training course that Health Canada recommends for all prescribers.

While getting more medical professionals to prescribe would improve access, experts such as Ms. Doctoroff say provincial and federal governments should address other barriers, such as a lack of abortion clinics outside big cities and potential Canada Health Act violations.

Jennifer Blake, chief executive of the Society of Obstetricians and Gynaecologists of Canada, said provinces should do more to ensure adequate access. Dr. Blake said most hospitals have clinicians who do procedures to remove tissue from women who experience a miscarriage, and should be able to do surgical abortions, as they are similar. 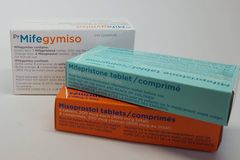 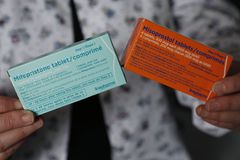 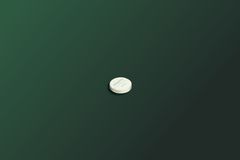