As Ontario looks to reopen its schools across the province, officials remain vague as to what the indicators need to show so students can return to the classroom.

David Williams, the province’s Chief Medical Officer of Health, said on Monday that there was “not an exact number, per se” when asked about the metrics being considered in reopening schools. “We would like them all down, ideally quite low,” he added.

He also said that decisions on schools reopening are based on whether local public-health officials believe they have the necessary surveillance measures in place for students to return to in-class learning.

Ontario is the only province that has kept many of its schools closed to in-person learning until at least Feb. 10. Students in 18 out of 35 public-health units have returned to classrooms since the December holiday break, including those in Ottawa and London, who were back on Monday. Schools in some of the hardest-hit regions, including Toronto, Peel, York, Hamilton and Windsor, remain closed and students are learning remotely until at least Feb. 10.

The government re-announced on Monday some of its new health and safety measures, including a mask mandate for students in Grades 1 to 3, not just those in Grades 4 and up, and an expansion of targeted asymptomatic testing that would be directed by local public-health units. Education Minister Stephen Lecce also said that province would make a temporary change to its teacher-certification program to allow university students to work in schools as supply teachers.

“We want to get all students in all regions of our province back to school,” Mr. Lecce said. In a tweet later on Monday, he said that details and dates on schools reopening will be released on Wednesday.

The issue of closing schools has been polarizing. There is still no conclusive evidence regarding transmission in schools and to what extent children drive the spread of the virus. However, children who contract COVID-19 tend not to get seriously ill.

Public-health officials are also concerned with the emergence of more contagious variants of the virus. York Region Public Health said on Monday that it had 39 confirmed cases of the British variant, and three of those cases were young children.

Dr. Williams said his team consulted with medical officers of health in various regions, and while health officials in Brant County were “not comfortable” to reopen this week, Ottawa’s Medical Officer of Health, Vera Etches, was “eager” to reopen with school surveillance systems in place.

“There’s our metrics, there’s the trends and directions … and most importantly, the local medical officers of health [and] how they feel about where they are with what’s going on in their community,” Dr. Williams said.

Ryan Spiteri, a spokesman with the Brant County Health Unit in Southern Ontario, said the geography of the region means it is connected to areas that are still seeing high levels of transmission. Residents travel every day for essential reasons, and many staff in schools also travel in from other jurisdictions, he said.

The region had relatively low infection rates as it entered the second wave, “followed by weeks where our indicators have risen to levels that would be considered on the higher end relative to provincial rates,” he said.

“It’s important to ensure that our local numbers have truly stabilized before a decision of this scope is made,” he added.

Opposition NDP Leader Andrea Horwath said the government is not spending enough to ensure schools are safe, and should have done more to reduce class sizes, increase testing and improve ventilation in schools. She said parents, especially those in virus hot spots who face an imminent decision on whether to send their children back to school, are being put in an untenable position.

“They are being told, ‘Just trust us, we’re going to make the schools safe, your kids won’t contract COVID-19 and bring it back home.’ But there’s literally nothing, virtually nothing, that’s changed in terms of the government’s approach to the schools,” Ms. Horwath said. 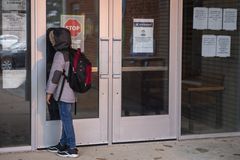 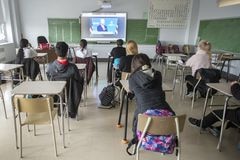 What will it take for Ontario to reopen schools in COVID-19 hot zones?
January 27, 2021 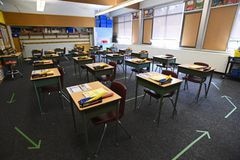