Citing a growing number of complaints, Ontario’s Ombudsman has launched an investigation into wait times at the Landlord and Tenant Board, the tribunal responsible for hearing disputes between residential landlords and tenants.

The announcement comes during an extremely tight rental market in the Greater Toronto Area, Ontario’s largest rental market, where vacancy rates are at historic lows and rental prices are surging.

According to its 2018-2019 annual report, which explored the delays at administrative tribunals, the office of the Ontario Ombudsman received 549 complaints regarding 24 of Ontario’s administrative tribunals, quasi-judicial bodies that decide on everything from labour disputes to claims of discrimination. Submissions regarding the Landlord and Tenant Board (LTB) topped the list, with 204 complaints. Roughly 80 of those were regarding delays.

The LTB’s own data show that the tribunal is having trouble keeping up.

Hearings were scheduled for certain LTB applications within 25 days just 54 per cent of the time in 2017-18, according to its most recent annual report, even though its service standard is for that to be the case 80 per cent of the time. In 2018-19, that number fell sharply, to 35 per cent.

In a news release, Ombudsman Paul Dubé said these complaints reflect frustrations from both tenants and landlords. “What we’re seeing in some of these complaints is that delays have a very real human impact,” he said Thursday. The investigation will be led by the Special Ombudsman Response Team, which handles complex inquiries into systemic problems.

Spokesperson Linda Williamson told The Globe and Mail that in-depth, systemic examinations such as this one typically take several months, although she cautioned there is no set timeline for the investigation.

Toronto-based landlord and tenant lawyer Caryma Sa’d said delays at the LTB are a well-documented problem. Applying to the LTB should be easy, she said. "That’s the point of tribunals: to make it fast and fair.”

“As long as I’ve been practising landlord and tenant law, delays have been an issue," she said. "And in my experience, it seems to be getting worse.”

According to Ms. Sa’d, a large part of the problem boils down to bodies: There simply aren’t enough adjudicators to handle the current case load. In June, 2017, the LTB’s website listed 51 adjudicators. As of Thursday, that number was down to 40. On Tuesday, Ontario’s Public Appointments Secretariat website listed four vacancies on the Landlord and Tenant Board. (On Thursday, those vacancies were no longer listed, however.)

Ms. Sa’d said it’s not unusual to wait a long time for a hearing, only to have it bumped because the tribunal has overbooked its hearings for the day. In the meantime, she said, a tenant may be stuck with a negligent landlord, or a landlord may have to deal with a tenant who isn’t paying their rent. “Even if you win, it can feel like a loss.”

In a brief statement, the LTB said it looked forward to the Ontario Ombudsman’s recommendations.

“Tribunals Ontario and the Landlord and Tenant Board are aware the Ontario Ombudsman has launched an investigation and are fully co-operating with his office,” spokesperson Sarah Copeland said. “We are also working closely with the government to have additional adjudicators appointed,” she added.

To Ms. Sa’d, delays are also a symptom of change at the LTB. In Toronto’s overheated rental market, tenants have gotten better at navigating housing regulations and are using the tribunal to fight back against their landlords when an issue comes up.

“The involvement of the Ombudsman makes me optimistic that we’ll see some change,” she said. “It’s better late than never.” 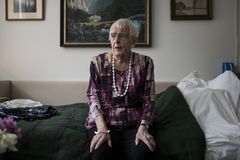 Evicted: The loophole Ontario landlords use to force tenants out
May 2, 2019 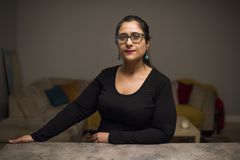 Eviction factories: How Ontario’s tenants get trapped in a never-ending cycle with landlords
December 19, 2019 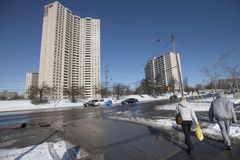