Ontario legislators debated through the weekend in a rare sitting as the government of Premier Doug Ford rushed to again pass an election-advertising law that had been struck down by the courts.

The law restricting third-party election advertising in the year before a vote was reintroduced last week. In its current version it has been rewritten to invoke the rarely used section 33 of the Charter of Rights and Freedoms – commonly known as the notwithstanding clause. That clause allows governments to override a court’s ruling that a law is contrary to the Charter.

With a Progressive Conservative majority government, barring defections from that caucus, Bill 307 is likely to pass as soon as Monday. Opposition politicians, who cannot on their own stop the bill, spent parts of Saturday and Sunday revving up their attacks on it.

“It is an attempt … to skew the election in their favour,” Liberal MPP Mitzie Hunter, the party’s critic for democratic renewal and electoral reform, said during the weekend debate. “What Premier Ford is violating is all of our rights.”

The provincial government says its bill – which doubles the previous six-month ban – is a bid to stop unfettered spending influencing the electorate.

Government House Leader Paul Calandra made no apologies Sunday for trying to get the bill through the legislature as quickly as possible, arguing that fair elections depend on restricting this sort of spending.

“There is no law regulating third-party spending in elections right now,” he said. “We cannot and will not allow a system where there are no accountability measures, there are no rules in place. It is too fundamental to our democracy to allow anything short of that.”

Opposition politicians and others argue, though, that the government could instead have sought a stay of the ruling, or revised the bill to make it Charter-compliant. The critics say the 12-month spending restriction is an attempt to spare Mr. Ford, whose handling of the pandemic has severely damaged his popularity, from criticism.

“The unconstitutional aspect of this bill was a change [in the ban, from six to 12 months] that the government could not even explain or justify themselves, it was arbitrary,” he said. “I mean, they could have, but that would have meant owning up to the fact that they were trying to enact it to muzzle their opponents and to silence criticism.”

Other critics have raised legal concerns with the use of the notwithstanding clause.

The move to invoke the clause has provoked backlash from the Ontario Bar Association, which urged the government in a statement “to reconsider undermining Ontario’s record as a province that respects the Charter and the role of its excellent courts. Once that record is gone, it’s gone for good.”

Canadian Civil Liberties Association executive director Michael Bryant, a former attorney-general of Ontario, posted on Twitter that “Power grabs shortcut democracy.” He said that Mr. Ford’s government could have introduced “revised legislation that took another shot at [third-party] spending limits” and argued that doing so “would have been more democratic.”

No previous Ontario premier has invoked the notwithstanding clause.

Mr. Ford threatened to use the clause in 2018, when it appeared his bid to slash the size of Toronto City Council in half in the middle of an election campaign would be derailed by a court decision. In the end, the government won a stay of that ruling and the council cut went through without the clause being required. The issue of Mr. Ford’s intervention remains at the Supreme Court. 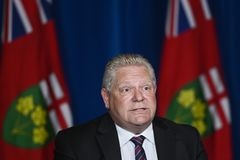 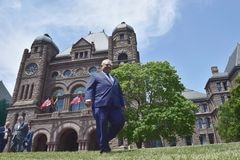 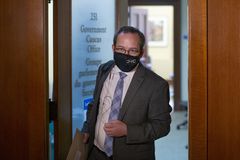 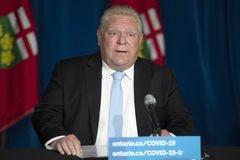