Environmentalists are raising concerns about an Ontario plan to scrap a series of 25-year-old environmental standards for some large water polluters, but the province argues its proposal would not weaken the rules for dumping toxins into lakes and rivers.

The elimination of what are known as the Municipal-Industrial Strategy for Abatement standards are part of a drive by the Progressive Conservative government of Ontario Premier Doug Ford to reduce red tape for businesses.

But environmental groups, including Environmental Defence and the Canadian Environmental Law Association, warn the move would loosen pollution rules for the approximately 140 facilities covered by MISA, which include some of the province’s largest refineries, mines, pulp and paper mills, and chemical plants.

The rules set hard ceilings on discharges for a range of dangerous chemicals and carcinogens. The Ontario government maintains the 1990s-era MISA regulations won’t be lost, but incorporated into the environmental compliance approvals each site receives under the Ontario Water Resources Act. However, environmentalists warn these approvals are easier for companies to change, potentially allowing them to increase their release of pollutants.

“We’re looking at making sure it’s a streamlined process,” Environment Minister Jeff Yurek said. “ ... We’re not weakening any of the environmental protections that are in place right now.”

A 45-day consultation period on the proposed changes to the regulations under Ontario’s Environmental Protection Act ended Friday – in a week when the government wrestled with other criticism of its record on the environment. On Wednesday, the province’s auditor-general issued a report saying the government’s climate change plan was unlikely to succeed in hitting the province’s greenhouse gas emissions targets.

Both environmentalists and the chemical industry agree the MISA standards – while effective when first introduced – are now outdated. They only apply to a handful of companies, leaving thousands of others governed only by the separate environmental-compliance approval permit process. And they enshrine in legislation the use of testing and 1990s mitigation technology, which the government and chemical industry say is obsolete.

“It’s not a level playing field,” said Bob Masterson, the chief executive officer of the Chemical Industry Association of Canada, which has been lobbying for the change.

He said MISA’s rigid rules force some companies to test for substances they haven’t used in years. But Mr. Masterson also said that, free of MISA, a company wanting to change the substances it uses at its plant, or to emit more of certain chemicals, will now be able to apply to do so through the environmental-compliance approval system, which is still designed to limit pollution.

The government’s proposal says companies will need to “show that the proposed changes will ensure adequate environmental protection based on an assimilative capacity assessment of the water body receiving the treated effluent.”

Ontario’s former environmental commissioner, Dianne Saxe, argued MISA should be strengthened and expanded, not scrapped. (Her position was eliminated by the government last year.) She said the standards ensured there was a universal ceiling on some of the most dangerous chemicals.

And she warns that eliminating MISA would make it possible for the government to give polluters exceptions in individual approvals: “It means that when you apply for your permits, how good are you at horse-trading?”

In recent weeks, environmentalists and opposition parties have also criticized the government for related plans to remove a provision to charge daily financial penalties for offences such as chemical spills – a move also sold as part of the Ford government’s war on red tape.

But the government says in addition to its new maximum environmental penalties – up to $200,000 for a single offence in certain cases – it will also be able to seek to recover profits the company made as a result of failing to properly protect the environment. And now, these penalties will apply to 150,000 potential polluters across the province, not just the 140 facilities covered by MISA.

These kinds of penalties are generally regarded as quicker and easier for governments to administer, as opposed to charging an offender and taking them to delay-plagued courts. But government officials say that serious offenders can still face charges and full prosecutions under the new system. 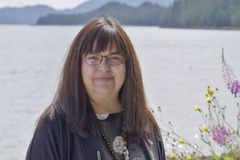 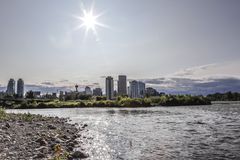