Ontario Premier Doug Ford is vowing to crack down on price gouging in the province as residents cope with the COVID-19 health crisis.

Mr. Ford told reporters on Thursday that his cabinet is meeting to create an order that will make it illegal to unreasonably raise prices, amid reports of high costs for cleaning products at a posh Toronto grocery store.

The Premier called out Pusateri’s Fine Foods during his press conference, after a photo circulating online showed one of the store’s Toronto locations was selling Lysol disinfectant wipes for $29.99.

“That’s disgusting, absolutely disgusting," Mr. Ford said. “A message to anyone who price gouges: We’re coming after you. We’re going to come after you hard.”

In a statement posted on the Pusateri’s website on Thursday, president and chief executive officer Frank Luchetta blamed the high costs on a pricing error that would not happen again.

“This was our mistake, our error, our oversight and we apologize to everyone impacted,” Mr. Luchetta said, promising full refunds for anyone who purchased the product.

British Columbia also announced on Thursday that it was banning the resale of food, medical supplies, personal protective equipment, cleaning and other essential supplies, while restricting the number of items people can purchase in stores.

Mr. Ford’s government on Wednesday released a fiscal update aimed at addressing the economic impact of COVID-19, including $7-billion in new spending on health care and other measures and $10-billion in tax deferrals.

The Ontario government said the spending builds on the $82-billion in support and tax deferrals that the federal government has announced, which include $2,000-a-month payments for workers affected by COVID-19.

Asked Thursday why Ontario is not sending more direct payments to people, Finance Minister Rod Phillips said the province’s plan is intended to fill the gaps left by Ottawa. The provincial government has pledged more money for low-income seniors, as well as money for parents and an electricity subsidy, he said.

Mr. Ford also reiterated that the province has halted evictions.

Meanwhile, Health Minister Christine Elliott denied that health-care workers are being told to ration personal protective equipment. On Wednesday, The Globe and Mail reported that Canadian hospitals are limiting front-line staff to one or two disposable masks a day and asking the public for donations of protective gear as they prepare for their wards to be flooded with patients made severely ill by the new coronavirus that causes COVID-19.

“There is no rationing of personal protective equipment right now for front-line workers. If they need the masks, they will get the masks," Ms. Elliott said.

Ontario on Thursday also announced that licensed restaurants and bars will be allowed to sell alcohol with food takeout and delivery orders between 9 a.m. and 11 p.m.

The province confirmed 170 new coronavirus cases on Thursday for a total of 837, as well as 15 deaths. 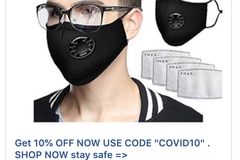 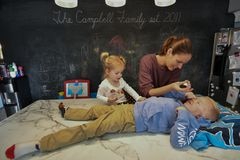 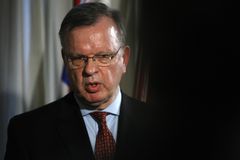