The Ontario government will more than double the size of its current deficit to $20.5-billion in 2020-21 as it spends billions on health care, tax deferrals and payments to people in its battle with COVID-19.

With the Legislature quiet and nearly empty as MPPs practised social distancing, Ontario Finance Minister Rod Phillips tabled an economic update at Queen’s Park on Wednesday in the place of the planned full-blown budget his government abandoned as the new coronavirus ravaged the world’s economies.

In remarks afterward to reporters, Premier Doug Ford vowed to stop at nothing in the fight against COVID-19.

My job has been affected by the coronavirus pandemic. What do I do now?

Wherever you live and work, chances are your workplace has been affected by the coronavirus pandemic. Many businesses have closed, either voluntarily or under provincial bans on non-essential services, and those closings and layoffs have affected hundreds of thousands of people.

Though the federal and some provincial governments have introduced income supports for workers that don’t qualify for EI benefits, many businesses have called for larger wage subsidies to prevent layoffs, as well as a broad freeze on payments to government.

Get a second opinion:

Have a question that you’d like answered? Send them to NineToFive@globeandmail.com. You can also check The Globe and Mail’s digest of the latest news about COVID-19′s spread around the world.

Because the pandemic is such an unprecedented event, the legal landscape will be changing quickly. There may be considerations about your personal situation which make the information here inapplicable to you. To obtain advice that relates to your personal circumstances, the best route is to contact an employment lawyer.

The Progressive Conservative government’s one-year economic plan, which passed quickly with the Opposition’s assent, includes $7-billion in new spending, including $3.3-billion for health care. It also has $10-billion in tax deferrals, plus $2.5-billion in a reserve fund, and another $1.3-billion in a contingency fund, in case the crisis worsens. 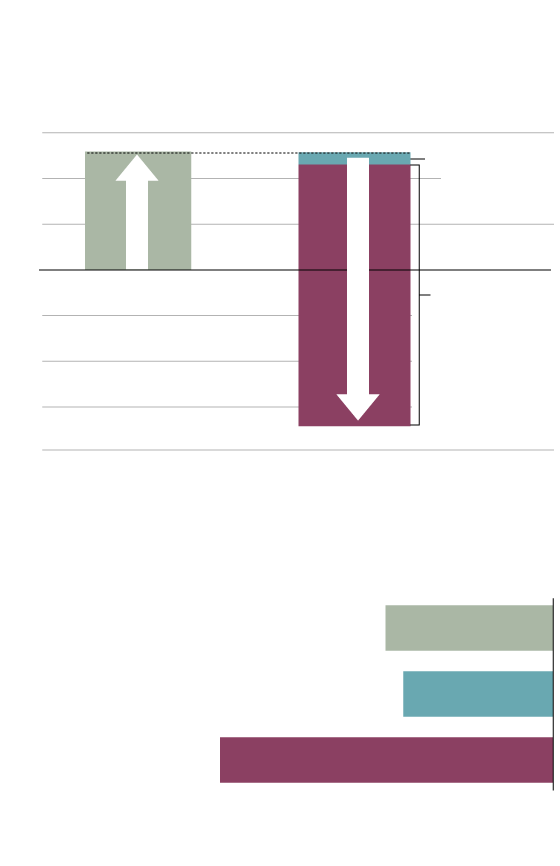 Change in revenue since the 2019 budget, billions $ 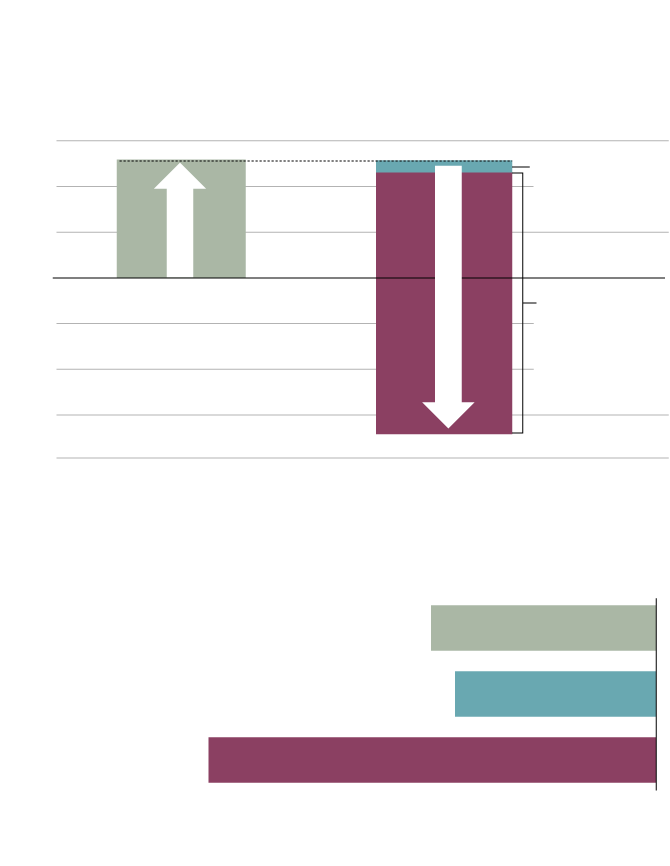 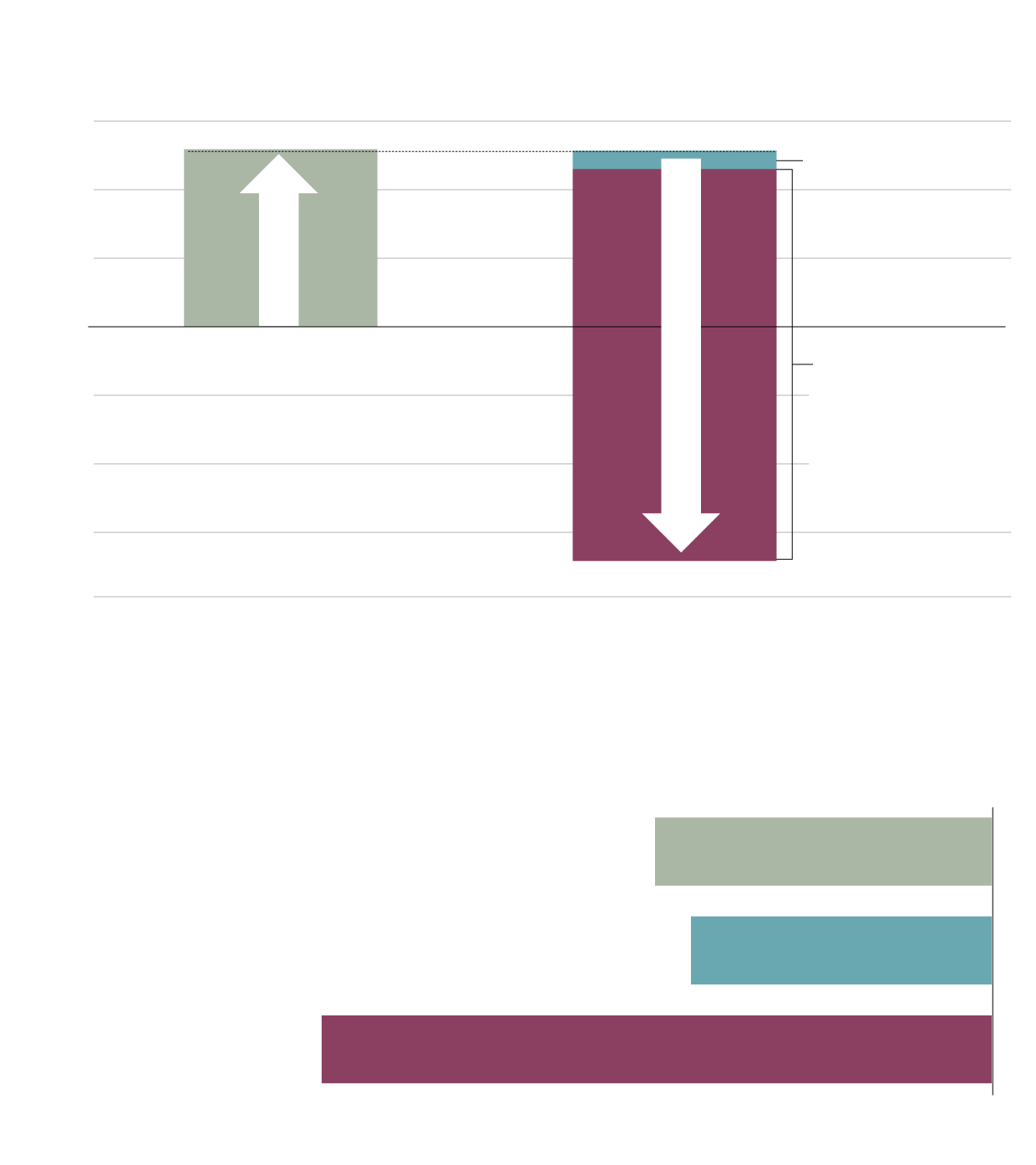 The Ontario government says the measures build on the $82-billion in support and tax deferrals that the federal government has announced, which include $2,000-a-month payments for workers affected by COVID-19.

But Opposition NDP Leader Andrea Horwath said Ottawa’s aid is flowing too slowly, and Ontario needs to hand out its own relief to people left without jobs or facing lost income because of COVID-19. Large parts of the economy have skidded to a halt.

The plan’s massive $20.5-billion deficit blows a hole in Ontario’s path to balance its books by 2023, a year after the next election. Last fall, the government, with a $9-billion deficit in 2019-20, was projecting just a $6.7-billion deficit for next year and boasting of its prudent approach.

The document tabled on Wednesday contains no multiyear outlook, which Mr. Phillips says will be included in a full budget now scheduled for Nov. 15.

The economic update predicts the virus and its impact will cost the government about $6-billion in revenue, as COVID-19 brings Ontario’s economic growth to a standstill in 2020.

But the government believes growth will rebound later in the year and into 2021. The province is also predicting unemployment will increase by one percentage point to an annual average of 6.6 per cent.

Based on private-sector forecasts, these numbers are now a week old. Mr. Phillips said the update is just a first step. And he acknowledged that since the numbers were finalized, layoffs had mounted and the landscape was shifting.

The new spending includes $3.3-billion for the health-care system, with $2.1-billion for hospitals to respond to the outbreak, money for long-term care homes, and a $1-billion COVID-19 contingency fund. It also includes $61-million for vaccine development and $75-million for personal protective equipment for front-line workers.

Critics have charged that the government’s previous budgeting for health care had failed to keep pace with inflation and the needs of an aging population. Ms. Horwath, and new Liberal Leader Steven Del Duca, both said the new funding was not enough.

For individuals, there is little on offer compared to Ottawa’s package. The government will provide parents with a one-time payment of $200 for each child under 13 and $250 for special-needs children. Student loan repayments and interest charges will be paused for six months. The government is also providing more money for low-income seniors by doubling the guaranteed annual income system for six months, and promising extra help for some on social assistance.

For businesses, now facing steep losses and in many cases orders to shut down, the government is pledging a variety of relief. It will allow businesses to defer paying most provincial taxes for six months, leaving them with $6-billion in temporary cash. Employers will also be able to defer $1.9-billion in Workplace Safety and Insurance Board payments. Municipalities will be given temporary fiscal room to defer property taxes. More small businesses will be exempt from health-tax payments.

Meanwhile, Mr. Ford also revealed Wednesday that four Ontario manufacturing companies – Linamar, Woodbridge, Magna and Martinrea – would be working together to build ventilators over the next few weeks, needed to treat patients with COVID-19.

He said Woodbridge, an auto parts manufacturer, would also be making face masks.