Ontario prosecutors want a Toronto man who tried to join Islamic State militants in Syria to spend six years behind bars, while his defence team is pushing for a sentence of about half that given what they say is their client’s commitment to deradicalization.

Pamir Hakimzadah, 29, pleaded guilty earlier this month to one count of leaving Canada to participate in a terrorist activity.

His lawyer, Luka Rados, argued for a sentence of three years and seven months plus three years probation at a sentencing hearing held Tuesday in Toronto. That would allow for Hakimzadah’s immediate release after he receives credit for time already spent in custody since his June 2016 arrest.

Court heard that Hakimzadah left Toronto in October 2014 and flew to Istanbul with the goal of finding a way into Syria to join the Islamic State of Iraq and the Levant.

He was turned in to local authorities by a taxi driver in Turkey who suspected Hakimzadah wanted to join the terrorist group, and was sent back to Canada. A family member then turned him over to police two years later. Hakimzadah admitted he viewed Islamic State militant propaganda videos online and became sympathetic to their viewpoint.

In arguing for a shorter sentence, Rados outlined his client’s commitment to a deradicalization program that would involve “spiritual and psychiatric counselling.”

The defence has lined up programs with two imams in Vaughan, Ont., who have been involved with deradicalizing members of the “Toronto 18” group who planned a series of terrorist attacks in southern Ontario in 2006. Hakimzadah would also meet regularly with a psychiatrist, Rados said.

“Mr. Hakimzadah is 29 years old, a first time federal offender,” Rados told the court. “He had turned 25 at the time of the offence. He’s at an interesting age, not so young and highly impressionable or manipulatable, but not so old he can’t turn his life around dramatically.”

“We have no insight from anybody (about) how he did come to these beliefs,” Walsh said. “Without any insight into how he was radicalized, there’s no basis that he can be deradicalized.”

The Crown said 17 letters filed with the court in support of Hakimzadah lack understanding about how he became a fervent supporter of Islamic State militants.

“Not a single one acknowledges what he pled guilty to. None mentioned going to Turkey, or his attempt to join ISIS or anything we’re dealing with,” Walsh said. “They paint a uniform picture that is sharply contradicted of what he has admitted to. One letter says he practises pacifism.”

Walsh also noted the lack of research in the area of deradicalization.

Justice John McMahon, who will sentence Hakimzadah on Thursday, noted that the man’s family didn’t share his beliefs. He said a plan to address Hakimzadah’s behaviour and radical tendencies would be beneficial.

“It’s in the community’s best interest to be able to come up, hopefully, with a plan to have people take responsibly for their actions, to deradicalize them in a fashion that will provide confidence to a community to save everybody from extremely dangerous situations,” he said.

The judge also noted the lack of input from the RCMP on the issue.

“Is the RCMP concerned about this or have research on deradicalization?” McMahon asked.

“I don’t have any input,” Walsh said.

Hakimzadah spoke at the end of the hearing when given the chance by the judge.

“I do take full responsibility,” he said. “I want you to know I will absolutely abide by any sentence that court imposes on me. I look forward to being reunited with my family.”

His mother cried in court. 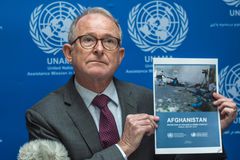 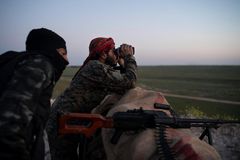 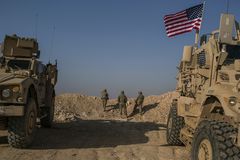