Public high schools across Ontario will be closed on Wednesday as teachers and some support workers stage a one-day strike to protest the lack of progress in contract negotiations with the government.

The job action by members of the Ontario Secondary School Teachers’ Federation (OSSTF) would mark the first provincewide strike by public high school teachers since 1997. At that time, education workers walked off the job to protest cuts made by then-premier Mike Harris.

The union said in a statement just after midnight that its members would hold a one-day strike.

Harvey Bischof, president of OSSTF, which represents 60,000 high-school teachers and support workers, said the union had no choice after talks with the government stalled. Late last month, the union began a work-to-rule campaign where members withdrew some services, including not providing comments on report cards.

“In three and a half days of bargaining, they have not made one proposal to move things forward,” Mr. Bischof said in an interview on Tuesday.

In a hastily called news conference Tuesday night, Education Minister Stephen Lecce asked OSSTF to call off its strike action and remain at the bargaining table. Mr. Lecce called the actions of the union “irresponsible.” The union, however, said that the cuts proposed by the government would hurt students and the public education system.

Earlier on Tuesday, Mr. Lecce said his negotiating team had presented a proposal to the mediator that if the union agreed to the government’s 1-per-cent wage hike cap, the government would consider backtracking on the province’s plan to increase class size averages – provided the union comes up with ideas on how to save money elsewhere.

“I want parents to know in this province that we are doing everything we can weekly and daily, to demonstrate we are moving the yardstick forward to keep kids in class,” Mr. Lecce said.

The union also represents support staff at some boards, including educational assistants, early childhood educators and speech-language pathologists. This means that elementary schools at some boards in the province, including the Greater Essex County District School Board in Windsor, will also be closed on Wednesday.

In recent weeks, the government has walked back its proposals on class sizes and online courses.

Mr. Lecce recently announced that high-school students will be required to take two online courses to graduate instead of the province’s initial plan of four. He also softened the government’s stand on increasing class sizes in high schools to an average of 25 instead of the previous goal of 28 over four years. The current average is 22.5.

The minister has indicated on several occasions that wage hikes remained the main stumbling block, with the unions asking for a 2-per-cent increase reflecting the rate of inflation, in the face of the government’s wage-cap legislation meant to limit public-sector pay increases to 1 per cent.

Mr. Bischof said the government is misleading the public by saying that this is the major sticking point. “We do have a disagreement about compensation, but we also have a disagreement about significant quality of education issues like class size averages ... and mandatory e-learning. So he’s deliberately attempting to spin and discredit the union and it’s a really, really unfortunate approach,” he said.

NDP Leader Andrea Horwath said she believes parents will support teachers for the one-day walkout because they are concerned public education is being eroded.

The government is also in negotiations with the unions representing elementary teachers and Catholic teachers. Only a union representing education support workers, including caretakers and educational assistants, recently ratified a deal that would see members receive increases of 1 per cent each year over three years. 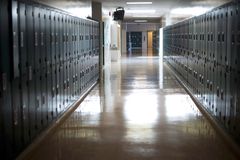 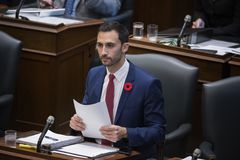