The Ontario Coalition of Rape Crisis Centres says sexual assault centres across the province have yet to receive funding that was promised to them under the previous Liberal government earlier this year.

Lenore Lukasik-Foss, chair of the OCRCC, said the centres – which provide support resources and counselling – were slated to receive a 33 per cent funding increase under the Liberals’ strategy to end gender-based violence, which was unveiled in March.

This revelation comes a day after a Liberal-established roundtable on violence against women was dissolved and while a line-by-line review of all programs established by the previous government – commissioned by Premier Doug Ford – is under way. Many of the programs have been put on hold while the government decides whether to continue them or come up with new initiatives.

Included in the Liberals' gender-based violence strategy was up to $14.8-million over three years to increase the capacity of current centres, as well as open new ones in communities where none currently exist.

The Sexual Assault Centre of Hamilton (SACHA), for example – where Ms. Lukasik-Foss is the director – had planned to use its share of the funds to hire an additional full-time counsellor to offset what she said is a seven-month-long waitlist.

In May, before the provincial election, centres received letters from the Ministry of the Attorney-General confirming their revised funding allocations for the current fiscal year. But since Doug Ford’s Progressive Conservative government took office in June, Ms. Lukasik-Foss said they have heard – and received – nothing.

Ms. Lukasik-Foss said the OCRCC has reached out multiple times to Caroline Mulroney since she was appointed Attorney-General, but did not get a response until this week. A meeting has been set with Ms. Mulroney’s chief of staff next week.

In response to questions in the legislature about funding for rape crisis centres, Ms. Mulroney said on Thursday her government is looking at programs “because we want to make sure that they are delivering the services in an effective and efficient way, so that they can actually provide the real help and services that the women need.”

“I am committed to looking at all those programs across our government. We are all doing that. We will have more to say on that in the future,” she said.

She added she will continue to meet with organizations on the issues.

Spokespeople for Mr. Ford and Community and Social Services Minister Lisa MacLeod, who is in the Yukon to attend a conference with status of women ministers, did not respond to requests for comment on Thursday.

In Question Period on Thursday, NDP MPP Suze Morrison asked whether the government would release the funding and reinstate the Roundtable to End Violence Against Women – a volunteer advisory committee made up of close to two dozen experts that the government announced this week was being dissolved.

NDP Leader Andrea Horwath also called on the government to reinstate the roundtable.

“There are not enough community resources, which the government is now making worse, by clawing back increases in funding for violence against women programming.”

Ms. Lukasik-Foss said the need for help has never been so high. Calls to the centre in Hamilton have increased by 100 per cent in the past few years, she said.

“I’ve been in this field for almost 30 years, and I have never experienced anything like we have in the last four years. It’s completely unparalleled.” 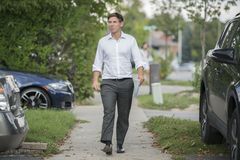 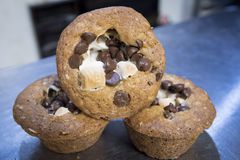 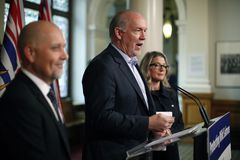 Follow Molly Hayes and Laura Stone on Twitter @MollyHayes @l_stone
Report an error Editorial code of conduct
Due to technical reasons, we have temporarily removed commenting from our articles. We hope to have this fixed soon. Thank you for your patience. If you are looking to give feedback on our new site, please send it along to feedback@globeandmail.com. If you want to write a letter to the editor, please forward to letters@globeandmail.com.
Comments