The Ontario government has rejected several applications for supervised drug-use sites and has yet to issue funding for those approved earlier this year, prompting fears the province is backing out of its commitment to overdose prevention and harm reduction services.

The province told the Middlesex-London Health Unit this week that its application for a permanent supervised drug-use site had been rejected. Two other sites in Toronto that had previously been rejected and told by the province to reapply, also had their applications rejected for a second time.

The issue of supervised drug-use sites has been controversial since the Conservative government came into office. Last year Premier Doug Ford said the government would temporarily pause the opening of any new sites until the province could conduct a review. In the fall, Health Minister Christine Elliott announced the province would allow a limited number of supervised drug-use sites under a new model, called Consumption and Treatment Services, that emphasizes access to treatment and other health services.

In March, the province approved the first 15 sites, noting that it may approve others as applications are received.

Many in London thought the health unit’s application would be approved and the rejection came as a surprise. Chris Mackie, the medical officer of health with the Middlesex-London Health Unit, said the rejection letter from the province offered no explanation. He said he expected the site to be okayed, as it had been backed by the previous Liberal government and a funding agreement with the province was in place.

The health unit will continue operating a temporary supervised drug-use site a short distance away from the proposed permanent location, Dr. Mackie said, adding that the province has also encouraged them to apply for a mobile site.

As for the 15 approved sites announced in March, they are still waiting for the province to finalize funding agreements and provide them with operating money. Gillian Kolla, a co-ordinator with the Toronto Overdose Prevention Society, said many site operators are concerned.

“Some people are getting worried that this is a bait and switch, that the funding is not going to come through,” she said. “Some people are wondering what’s going on in the background holding this up.”

In an e-mail, Hayley Chazan, spokeswoman for Health Minister Christine Elliott, said the 15 approved sites “are preparing to transition to the new model” and that they “will receive funding from the ministry in short order.”

Mark Aston, CEO of Fred Victor, which operates a site in downtown Toronto, said they are taking the province at their word and await a funding decision. But the delays are becoming a challenge for some sites, he said.

“We’re a larger, multi-service agency, so we can certainly manage the situation. I’m not sure about other organizations,” Mr. Aston said.

Many site operators say the demand for services is overwhelming and they want the province to approve and fund more sites. Rob Boyd, director of the Oasis program at the Sandy Hill Community Health Centre in Ottawa, which runs a supervised drug-use site, said the lack of funding is a “very difficult situation” for organizations. He said he realizes it can take time for funding approvals and other steps in the bureaucratic process, but that the nature of the overdose crisis necessitates a swifter response from the province.

“It’s really urgent to get approvals through as quickly as possible and to get these services up and running,” Mr. Boyd said. “Yes, sometimes it takes a while. You want to do it correctly. In the meantime, lets get an overdose prevention site going and then we can wait for that planning and that approval process.”

Dr. Mackie said the government should focus on getting more supervised drug-use sites up and running, as the evidence overwhelmingly shows they reduce overdose deaths and related hospitalizations and diminish the spread of disease, including HIV.

Ms. Chazan’s statement said the London health unit’s proposed permanent site was rejected because of zoning issues. The city had rezoned the site to allow it to be used as a supervised drug-use site, but some area businesses are currently appealing the decision.

The Works, a supervised drug-use site operated by Toronto Public Health, has not yet received approval from the province. Ms. Chazan said the site is continuing to operate with funds from the province as the application undergoes a review. 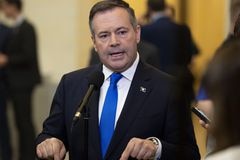 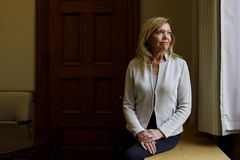