Ontario reported three new cases of the novel coronavirus Monday, bringing the total in the province to 18, though officials say the virus is not spreading locally.

A spate of new cases has been reported over the past few days, all of them people who had recently travelled to Iran or Egypt, or family members of those who had visited the countries. The latest three cases included two women in their 60s and 70s who returned from Egypt on Feb. 20, and a man in his 60s who returned from Iran on Feb. 23.

The province’s chief medical officer of health, Dr. David Williams, said he would have expected even more cases of the virus known as COVID-19 after more countries were put on the watch list for testing beyond China, where the outbreak originated.

“So those are important things. It’s not that we’re not interacting with the global picture – we are – and yet our citizens and our system continues to respond in a way that we would say to Ontarians, ‘It’s a low risk still with Ontario.’ Why? Because of the ongoing vigilance and the amount of resources and staff we’re putting into monitoring, surveying and following up.”

Health Minister Christine Elliott said Ontario hasn’t seen any indication at this point that the virus is spreading locally, beyond close contacts. But the province is prepared for any eventuality, she said.

“If that should happen or if there is a rapid number of cases coming in from other jurisdictions, of course we would step up to the next gear,” said Elliott. “But we are monitoring this very carefully.”

Ontario’s three new cases bring Canada’s total to 27, with eight cases in British Columbia and one in Quebec.

Williams said Ontario has started a pilot at some hospitals in which people without any concerning travel history who present with respiratory symptoms are being tested for COVID-19, to see if any cases are being missed.

Elliott announced that a new bureaucratic structure will now be in place for dealing with the virus. Various groups on regional planning, emergency operations, scientific advice and ethics will assemble and a “command table,” involving health officials and executives, will take the lead and report to Elliott.

The province’s first four cases were people with a travel history to China, where the outbreak originated, and three of those have since been completely cleared of the virus.

Several countries and territories have since been added to a list of areas of concern, including Japan, Hong Kong, Italy, Iran, Singapore and South Korea.

Egypt is not on that list, and Ontario in fact now has more Egypt-linked cases of COVID-19 than that country itself has publicly reported. Williams said another country has encountered the same situation with Egypt-linked cases, leading him to believe this is a cluster related to a specific event there.

Egypt has only two publicly reported cases of the illness.

Iran has confirmed 1,501 cases of the virus and 66 deaths, but many believe the true number is larger as the country’s caseload surged more than 250 per cent in just 24 hours.

Health officials say the best ways to prevent the spread of any virus, COVID-19 included, include frequent hand-washing and staying home from school or work while sick.

Almost nine times more cases were reported outside China than inside it over the past 24 hours, according to the head of the World Health Organization, Tedros Adhanom Ghebreyesus.

– with files from The Associated Press 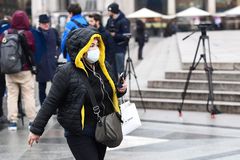 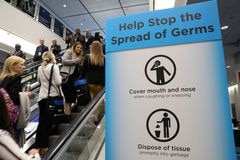 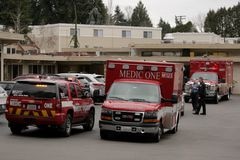